Huge shout out to Scott1620 for creating the HD-Link install tutorial found here.

Ironically Airness beat me to the punch with the Apple Carplay mod. This one is fairly similar with a slightly different approach. Especially with the touch controller.

Parts used:
— The touch controller It’s a rather inexpensive adapter that is plug and play with the RPi.
— Raspberry Pi 3B This is the non-B+ version because of availability. It works just fine. Don’t forget a SD card!
— 5V Relay Board Because this has a NO & NC position, it was unecessary to use an UNO or breakout board. Some soldering required.
— A USB Sound Card This is required for AA and the mic input.
— A 3.5mm Mic
— A Bluetooth Dongle Because OA uses a newer Raspbian build that will not utilize the onboard chip.
— A long USB-C Cord Or Micro-USB. up to you for your phone.
— An Aux Cord If you want to use the car’s aux port (not needed if your car can play music over BT.
— A Car Charger
— A method to splice Posi-taps are way better, but I didn’t want to spend $20 for them when these had way more. Be careful with these because they may come undone (they did twice for me).
— A 4-pin 1mm FPC Extension Thankfully they have this!
— A 4-pin 1mm FPC Male-Male Jumper Cable
— Two 4-pin 1mm FPC Breakout Boards I’m so glad they make these now.
— A 12V cigarette socket w/ pigtails
— A 5 foot HDMI cable
— Some 18AWG wiring for the 12V supply to the RPi
— Some 20AWG wiring for the touch relay system
— A RPi case (preferably with a fan)
— A license of OpenAuto Pro

I followed Scott’s tutorial for my 2012 Volt. It was pretty straight forward. I did not install an aftermarket camera, so I connected both the male video to the female connector that was attached to the HD-Link. This allowed me to use the OEM camera without any problems.

For wiring both breakout boards, I used common wire colors that were used for the touch controller input leads. This meant it would be easier for me to diagnose. Normally Closed (NC) is in contact with common at 0V, and Normally Open (NO) is in contact at 5V. Since I planned to use touch control for Android Auto more than the OEM screen I opted to make the USB touch controller NC. The brown wires are ground, and the green wire is the 5V input. These were soldered on in order to remove the need for a Arduino Uno command. 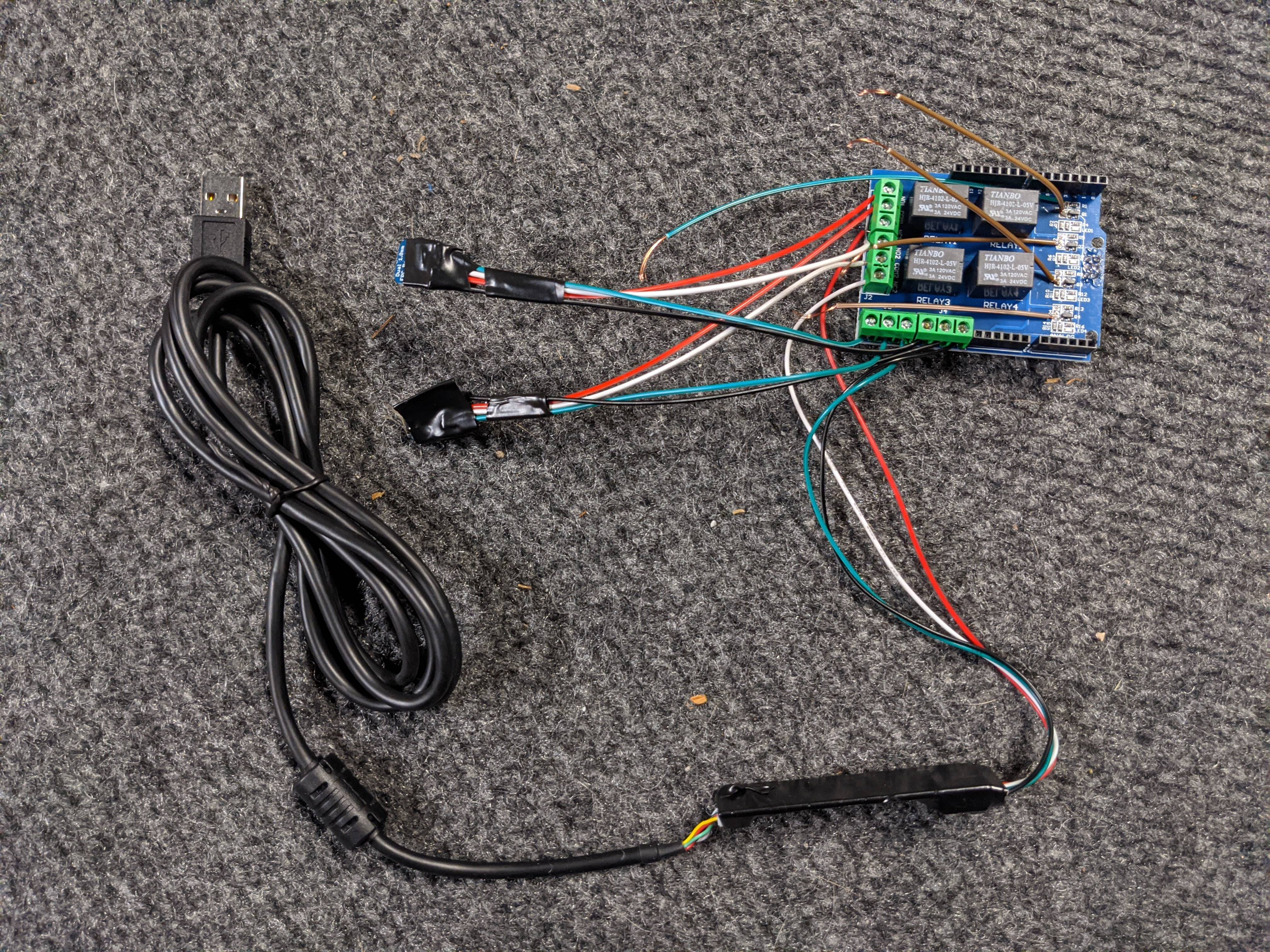 Borrowed from Scott’s tutorial (since I forgot to take a picture), the gold flex 4-pin FPC cable shown will be plugged into the Adafruit female-male extension cable. This will be the touch screen input signals, and will plug into the «common» breakout board that is wired to the «common» relay terminals. The male-male jumper cable will plug into the connector on the PCB board. This will go to the «NO» breakout board that is wired to the «NO» relay terminals. REMEMBER THE CABLE POSITIONS WHEN ATTACHING THEM! You will want to be consistent. Flipping the leads 180 degrees when plugging into the breakout board will mess up your X & Y values. 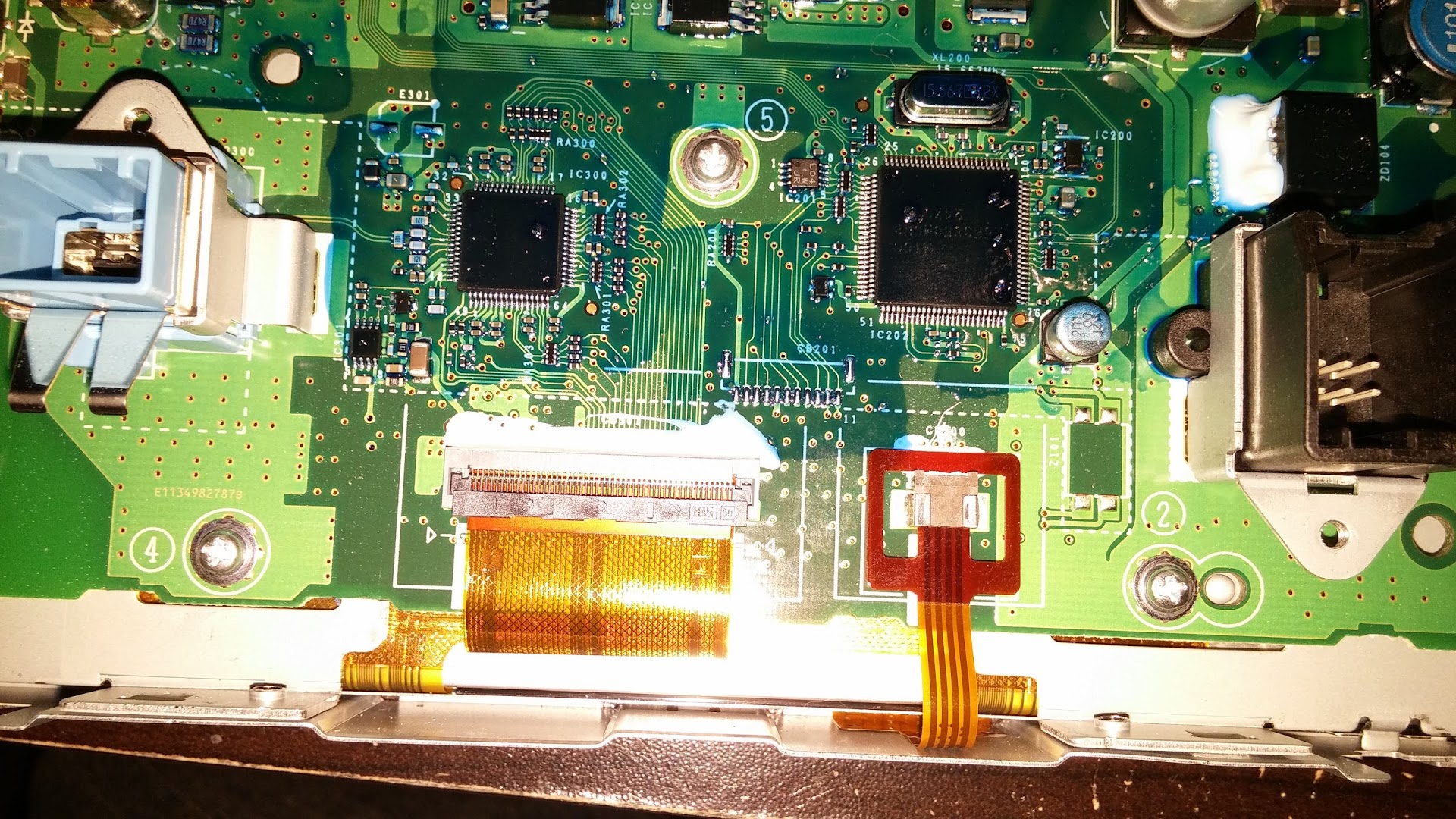 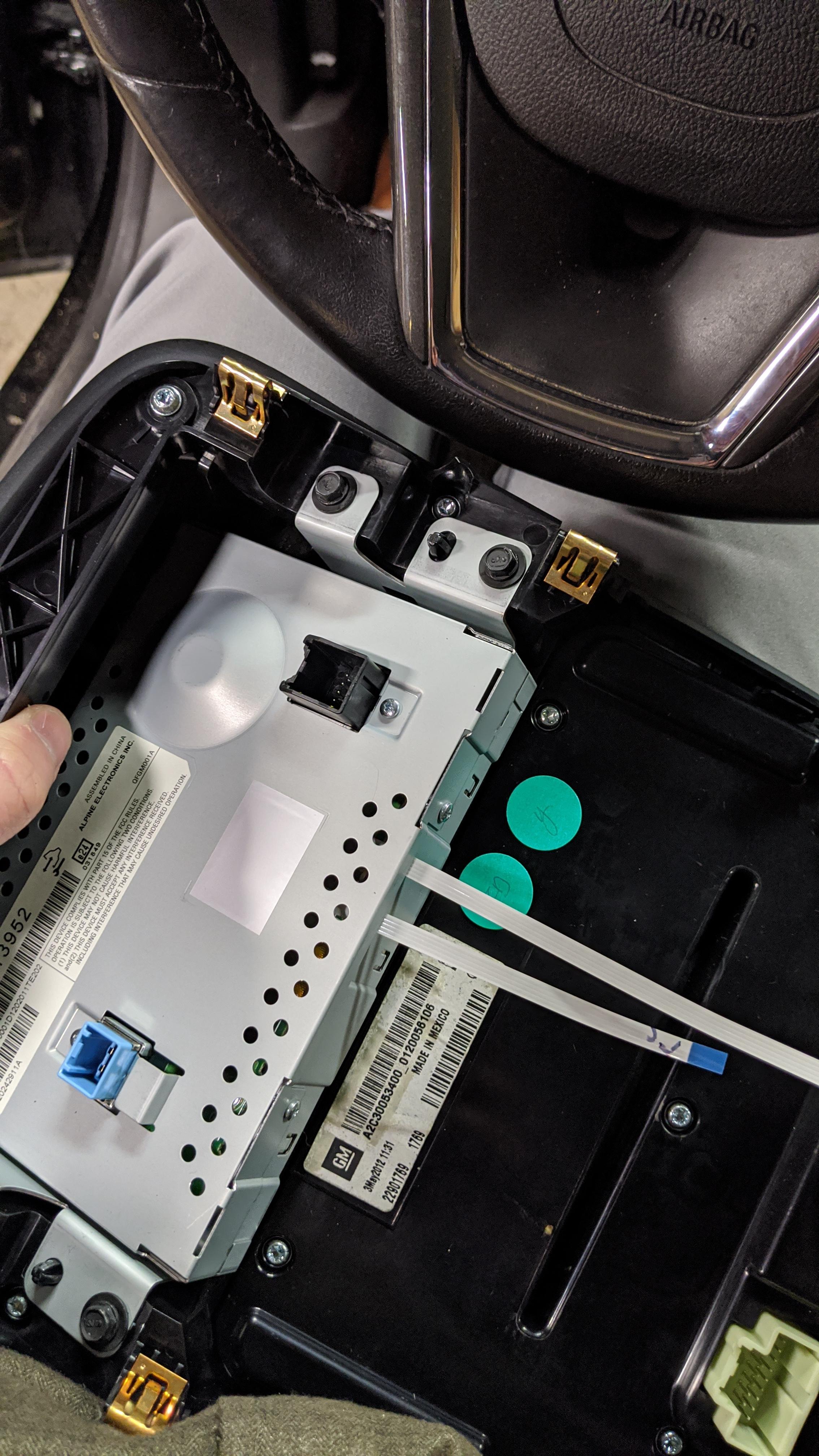 I unscrewed the two bolts holding the top 12V cigarette lighter, and spliced in a ground & positive 18AWG line to the compartment above the driver’s dash. This compartment can be accessed with the same trim popper you used to access the radio trim. These two wires will be attached to the 12v cigarette socket, and will power the Raspberry Pi 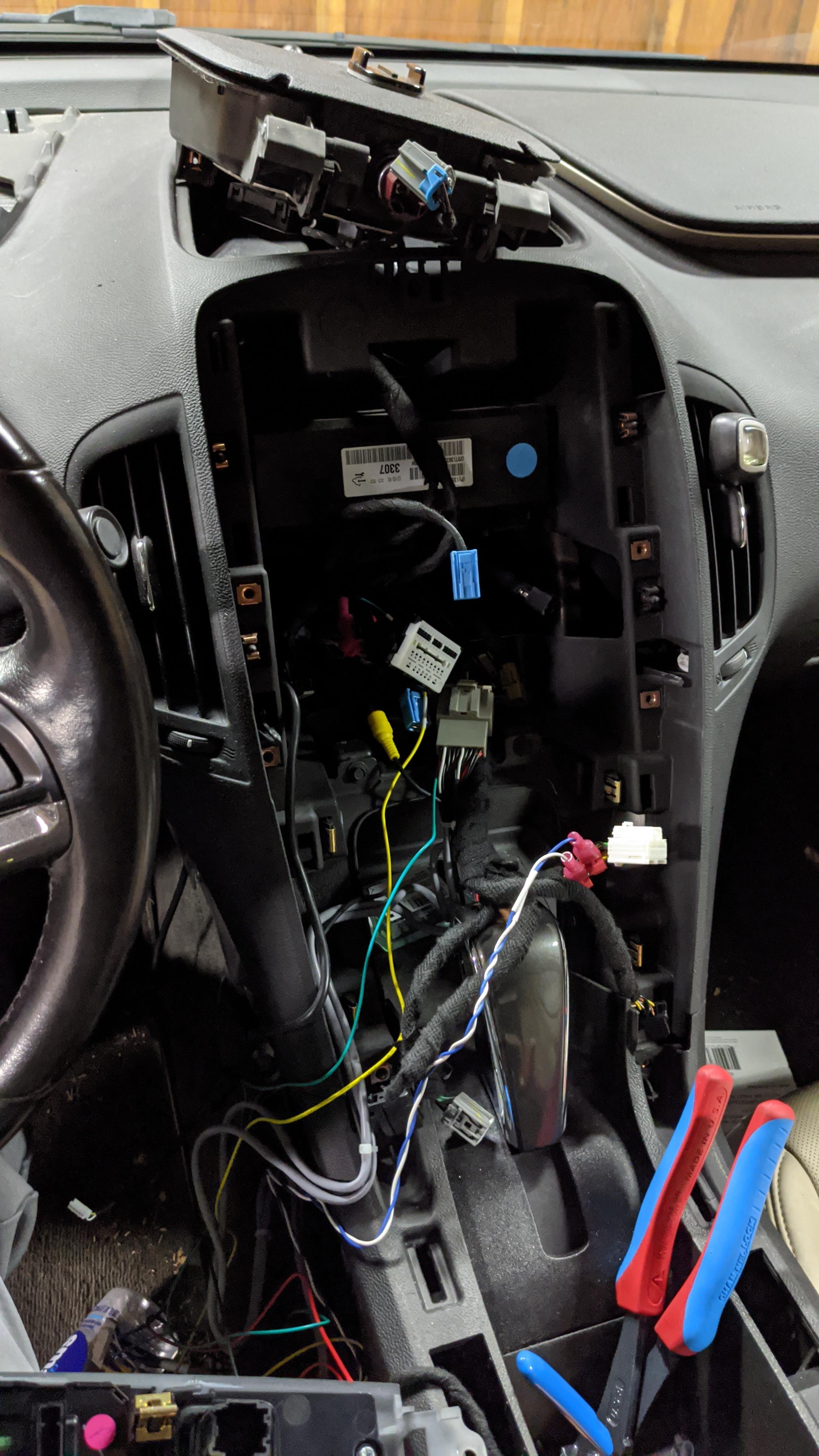 While the radio is removed, run an HDMI, aux (if needed) and USB-C cord through that area and down to where the HD-Link box is at. From there you can run the Aux and USB-C behind the flooring and trim without the need for removing the center console. 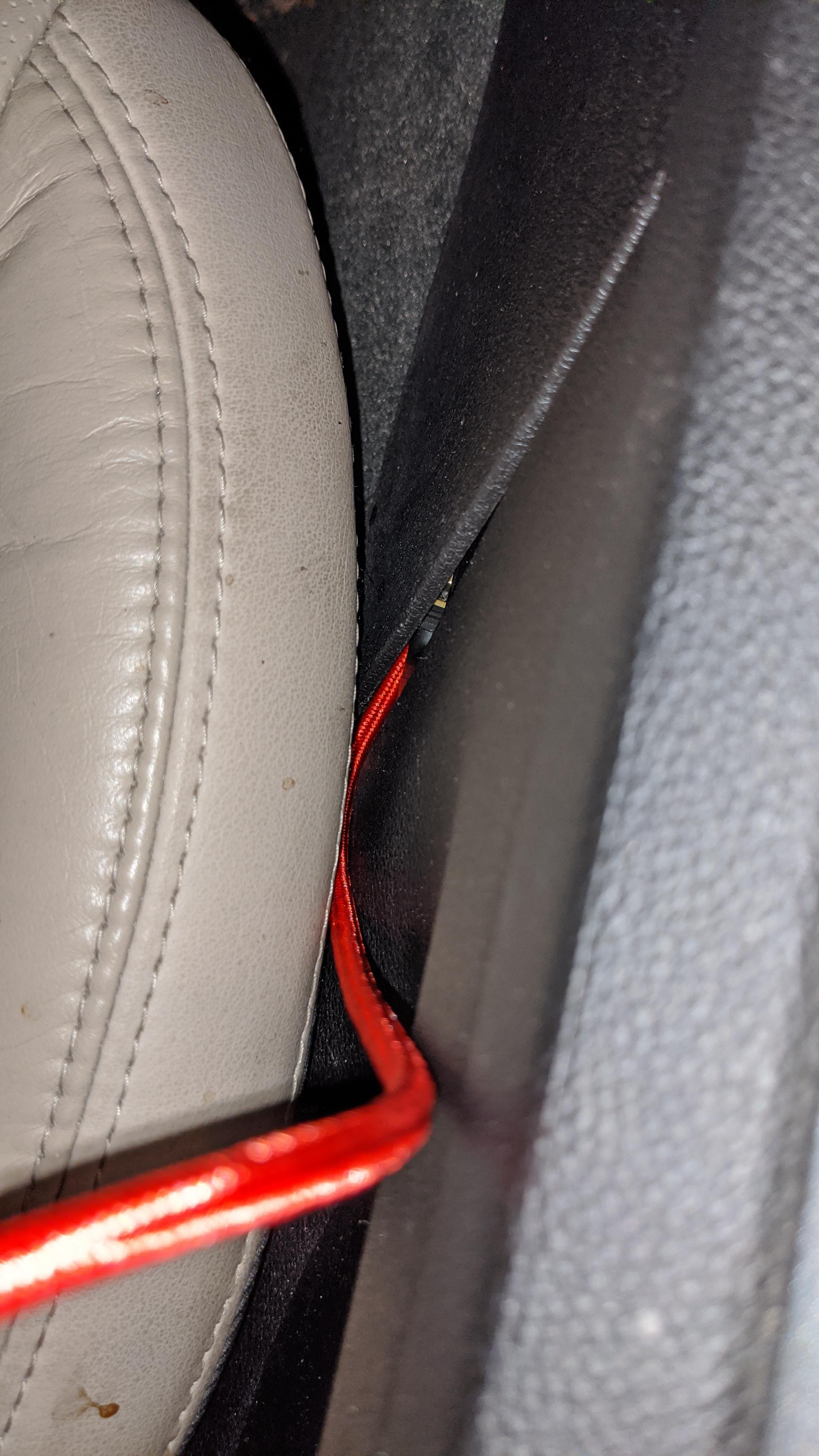 Run a 5V and ground line from the soldered on 5V input (as well as the grounds) for the relay to the compartment above the dash (to the Pi). This will only be necessary if you do not want to use the HD-Link relay 5V like in Scott’s tutorial. For my use, I will be using a manual switch to turn on/off the 5V from the Pi as a reliable method.
Run the USB cord from the touch controller to the Pi as well. 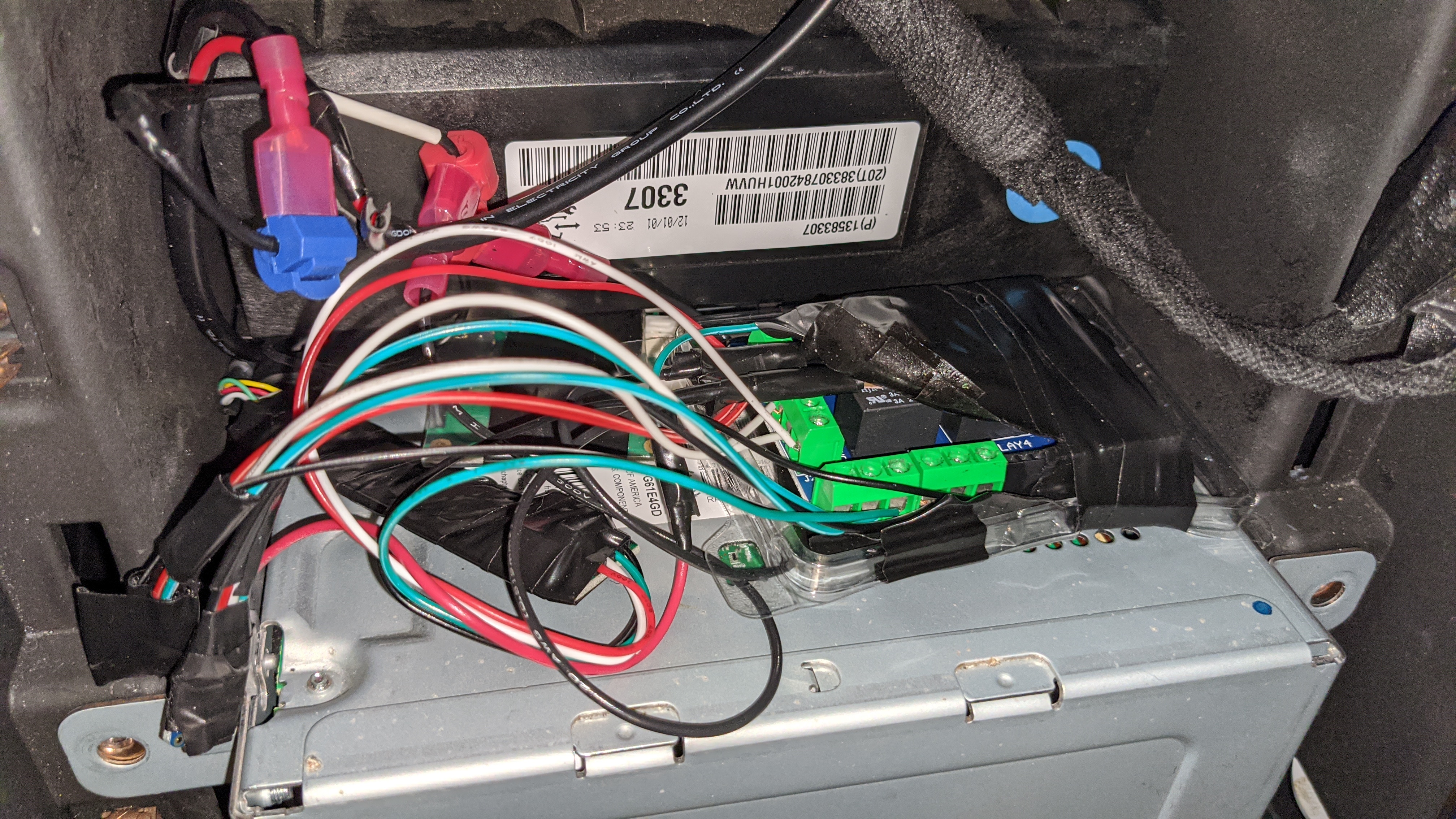 Install the radio face trim, along with the two FPC cables that you ran from the touchscreen. Make sure they are in the correct breakout board, rotated in the correct orientation. 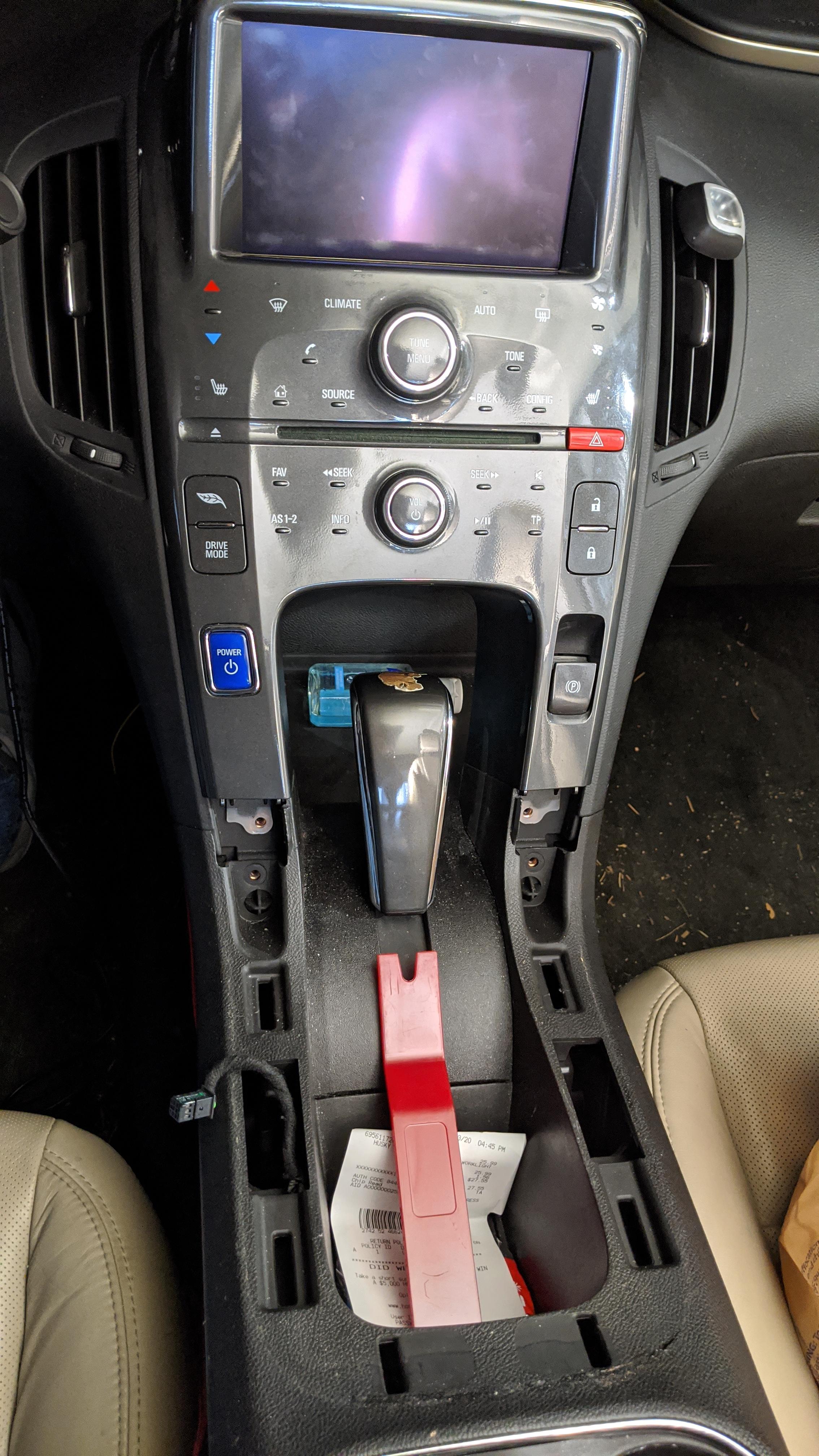 Install the Raspberry Pi with Open Auto Pro flashed to the SD card (tutorial can be found on their website). Make sure to install the USB-C cable, bluetooth dongle, sound card (with mic and aux installed), touch controller, HDMI, and power. The 5V and ground will be plugged into the RPi I/O header, and later wired to a switch. This can be mounted anywhere you would like. 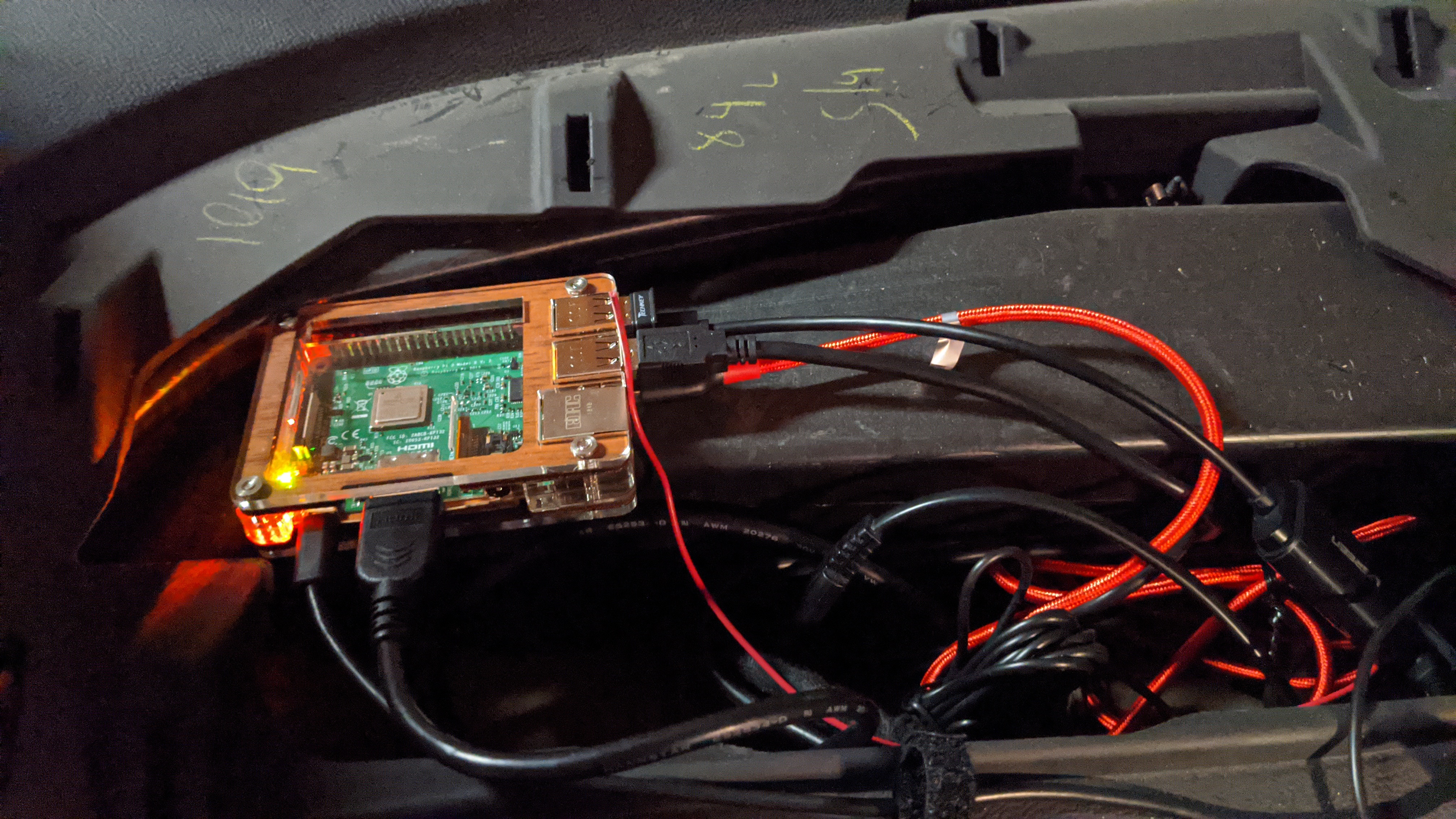 Follow the prompts from Open Auto, and enter your serial code. After that, you’re good to go!