A quick look at the Citroën C15

With vehicles like the Ford Transit Connect and the upcoming MINI Clubvan, car-based vans are barely starting to gain ground in the United States. The situation is far different in Europe, where these vans have been a very noticeable part of the automotive landscape since before World War II.

For many years, Citroën and Renault battled ruthlessly to dominate the so-called fourgonnette market in France. On one side of the ring was the Renault 4 with its F4 and F6 variants, and on the other were the various flat-twin-powered vans such as the AK400 and the Acadiane.

Faced with an ever-demanding clientele, the two competing automakers got to work on developing new vans in the early 1980s. Citroën launched the C15 in 1984, beating the Renault Express to the market by about a year.

The C15 was based on the redesigned Visa five-door hatchback and the two shared most of their sheetmetal from the front bumper to the A-pillar. Past that, the C15 featured a useful storage area that was wider and taller than the front of the car. Overall the van was 157 inches long, 64 inches wide and 70 inches high. It tipped the scale at about 2,083 pounds.

Two models were offered when the C15 made its debut across European showrooms. The first variant was the C15 E, which was powered by a 1,124cc gasoline-burning four-cylinder that made an anemic 47 horsepower. The second and most popular variant was the C15 D, powered by a 1,769cc diesel that churned out 60 horsepower. Both models were equipped with a manual transmission that spun the front wheels.

To further cater to buyers’ specific needs, the C15 was offered in two different weight capacities. The entry-level model could haul 1,322 pounds (600 kilos) and the range-topper was able to carry 1,675 pounds (760 kilos).

In spite of its spartan interior, the C15 was instantly appreciated because it was more modern and more spacious than any of its competitors at the time, especially Citroën’s flat-twins and Renault’s 4. Its success was also attributed to its low purchase price.

A family-oriented model dubbed C15 RD was introduced in 1991 and only offered with a diesel engine. Marketed as an alternative to a conventional station wagon, it had a rear bench seat, rear windows and a set of hubcaps borrowed from the pint-sized AX. The C15 RD did not sell particularly well so Citroën introduced a gasoline-burning model called the C15 RE in 1993.

It quickly became evident that the diesel mill wasn’t the reason why customers crossed the C15 RD off their list. It was very roomy but Citroën dealers had a hard time keeping a straight face when trying to convince people to buy a family car with only two doors. Both R models were axed from the C15 lineup in 1996.

An evolution of the C15 that was fairly success was the long version. Converted by an independent coachbuilder and sold through Citroën dealers, it kept the regular-production van’s wheelbase but 15 inches were added to its rear overhang. An extra door was added to the passenger side of the van in order to make loading and unloading easier. When all was said and done, the conversion added almost 200 pounds to the C15.

Other special versions of the C15 also sold quite well. Aftermarket companies converted the van into a pickup, a refrigerated truck and a camper that was particularly popular in the UK, among others. The modifications weren’t limited to the body: offroad specialist Dangel offered a 4×4 variant of the C15 for numerous years, and Citroën toyed around with electric C15s without obtaining any encouraging results.

Citroën introduced the all-new Berlingo van in 1996. Modern inside and out, many thought that the end was near for the C15 but sales were still as strong and before and the van soldiered on.

In the last few months of 2000, Citroën started offering the C15 with a 1,868cc four-cylinder naturally-aspirated diesel engine that was common throughout the automaker’s lineup at the time. Like the mill it replaced it was rated at 60 horsepower, but it was billed as quieter, more efficient and smoother to drive.

In the early 2000s the C15 gradually faded from the new car market. Citroën dealers no longer displayed it in showrooms and at a time when paper brochures were a free for all, you actually had to go up to a salesman and ask for documentation about the C15. While no longer visibly present, the van still had a loyal clientele, one that had often been driving it since its launch.

The last C15s built no longer wore a C15 emblem on the rear, the logic being that after 20 years as a work horse the van was instantly recognizable. Instead, it wore a sticker that read “First”, indicating that the van was the entry-level model in Citroën’s commercial van lineup.

The C15 was finally phased out in 2006, ten years after Citroën lifted the veil off its intended replacement. Throughout its career, almost 1.8 million C15s were produced and sold throughout Europe. 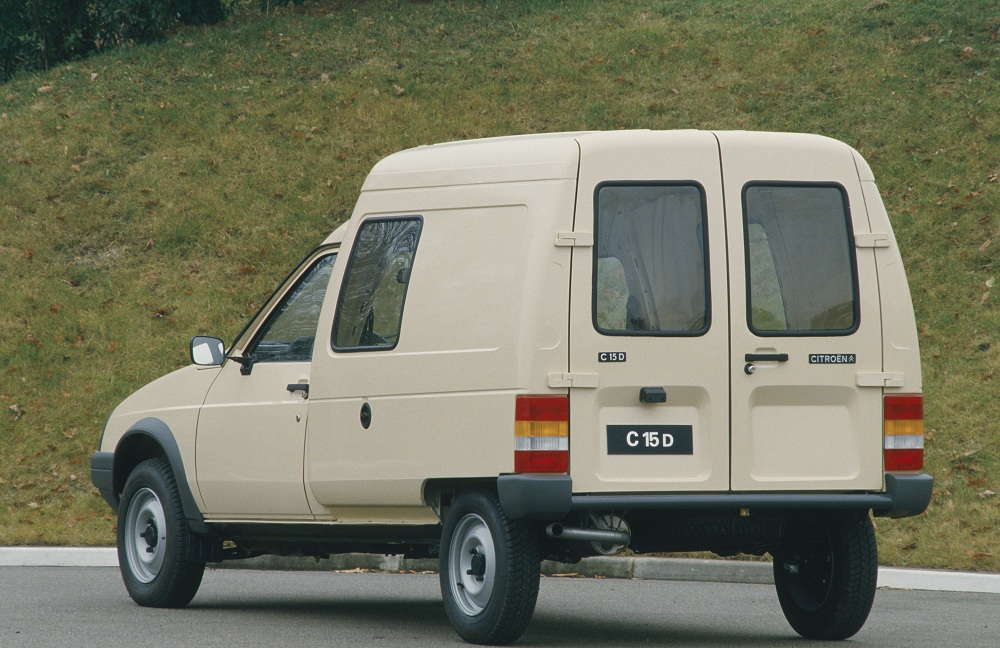 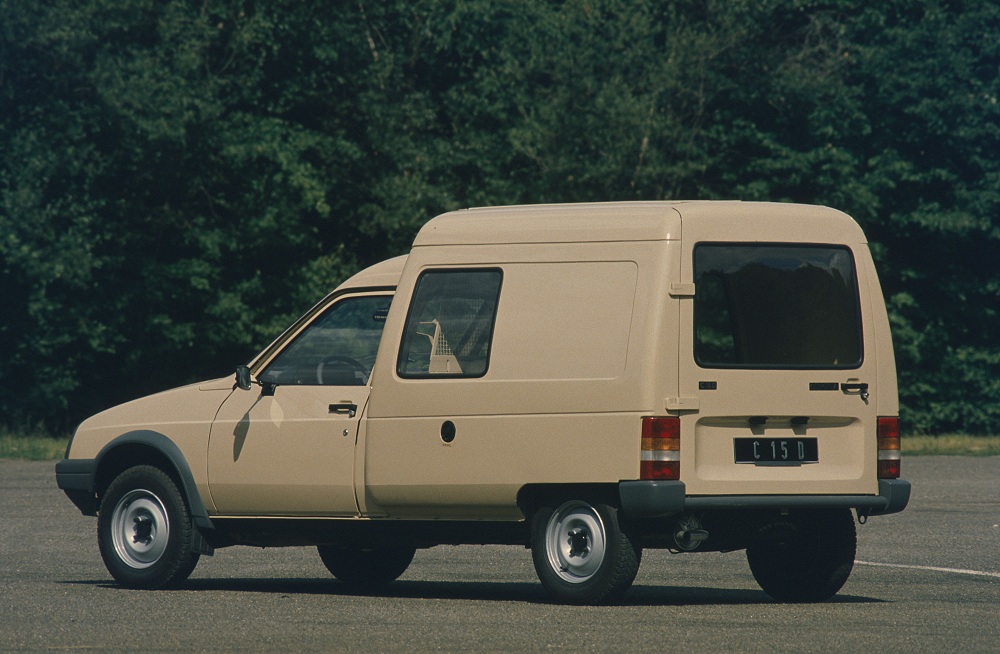 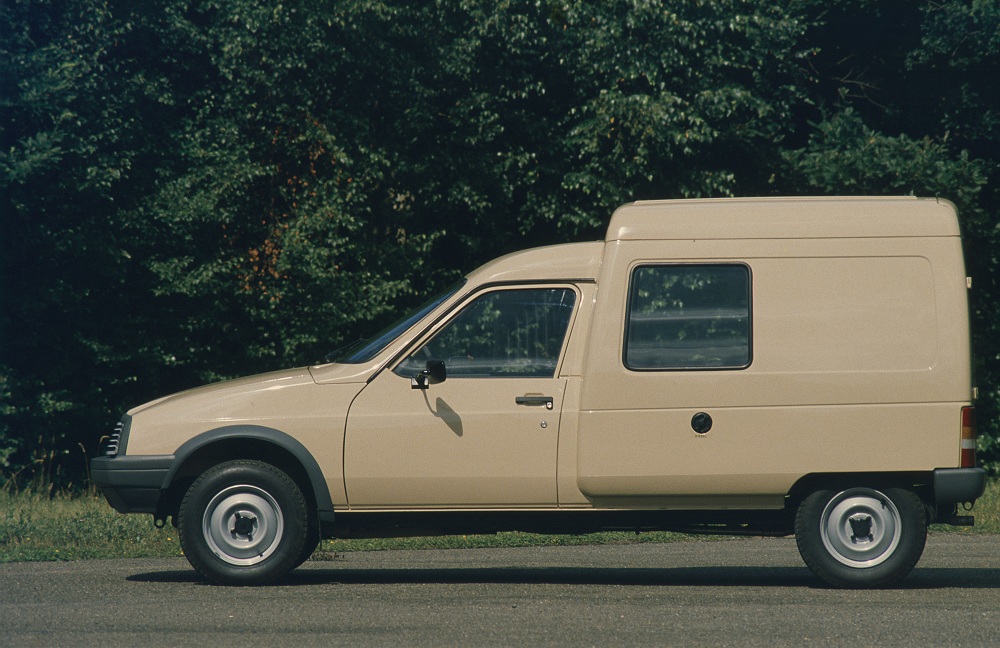 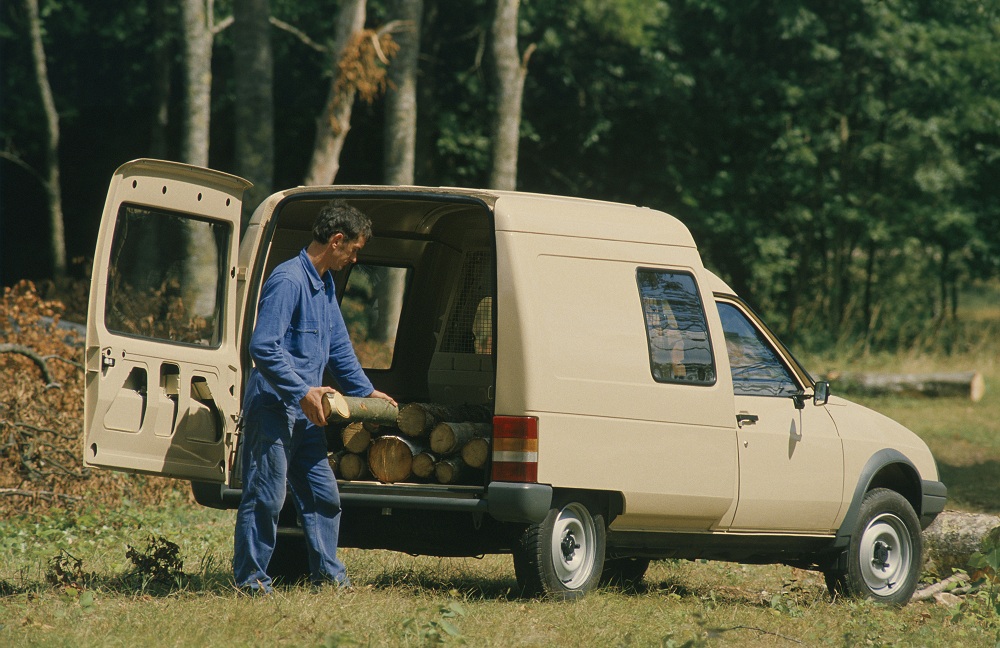 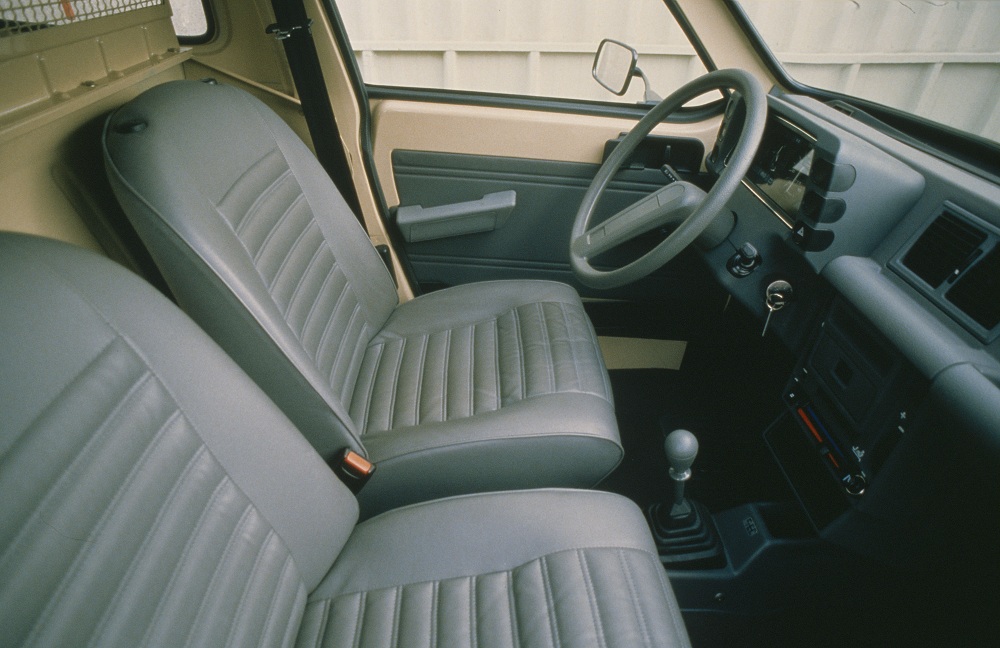 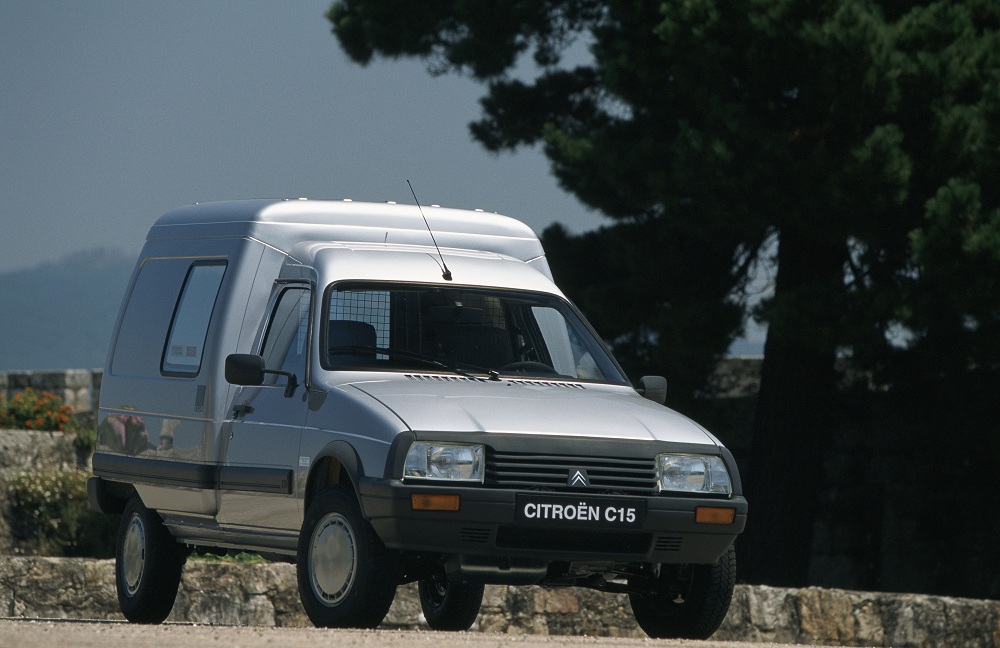 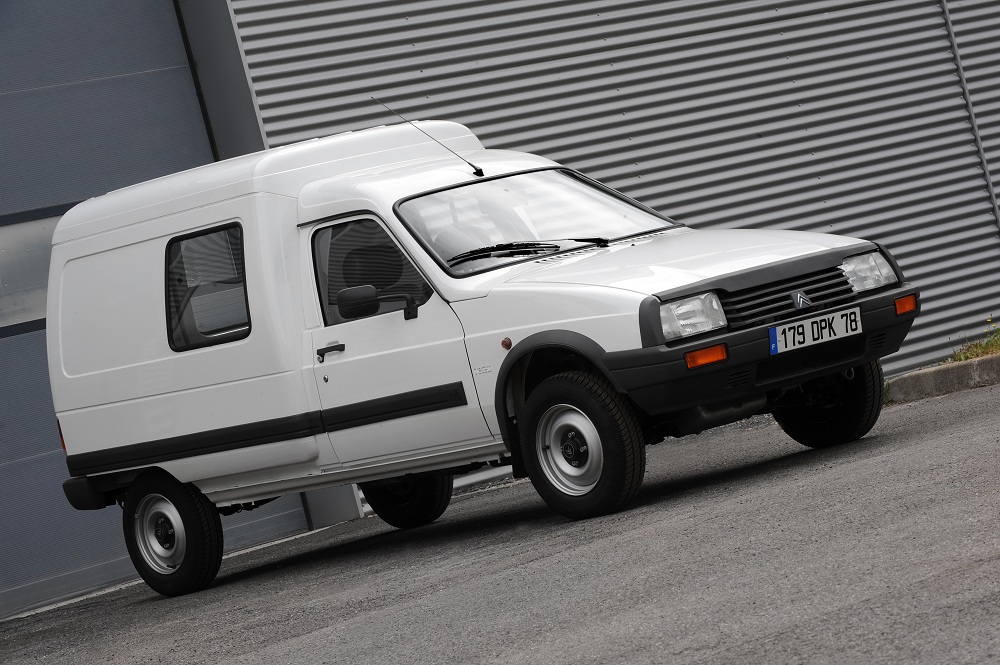 Unless otherwise noted, all photos are © Citroën communication.