In detail: The Volkswagen Amarok

Volkswagen’s Amarok is a leviathan of the pick-up segment. There’s a lot to talk about with this truck — so let’s take a look at what else it has to offer.

In this review we cover:

Volkswagen’s Amarok is a leviathan of the pick-up segment. When it arrived in 2010 it shook the market up, bringing a surprisingly car-like driving experience which was head and shoulders above the rest. It also packed a comfortable and well-made interior, yet delivered the all-important load-lugging ability that pick-up buyers need.

A more potent turbocharged V6 diesel engine arrived later and soon became the only powertrain available. In truth, it was the perfect fit for the Amarok. However, there’s a lot more to talk about with this truck — so let’s take a look at what else it has to offer. 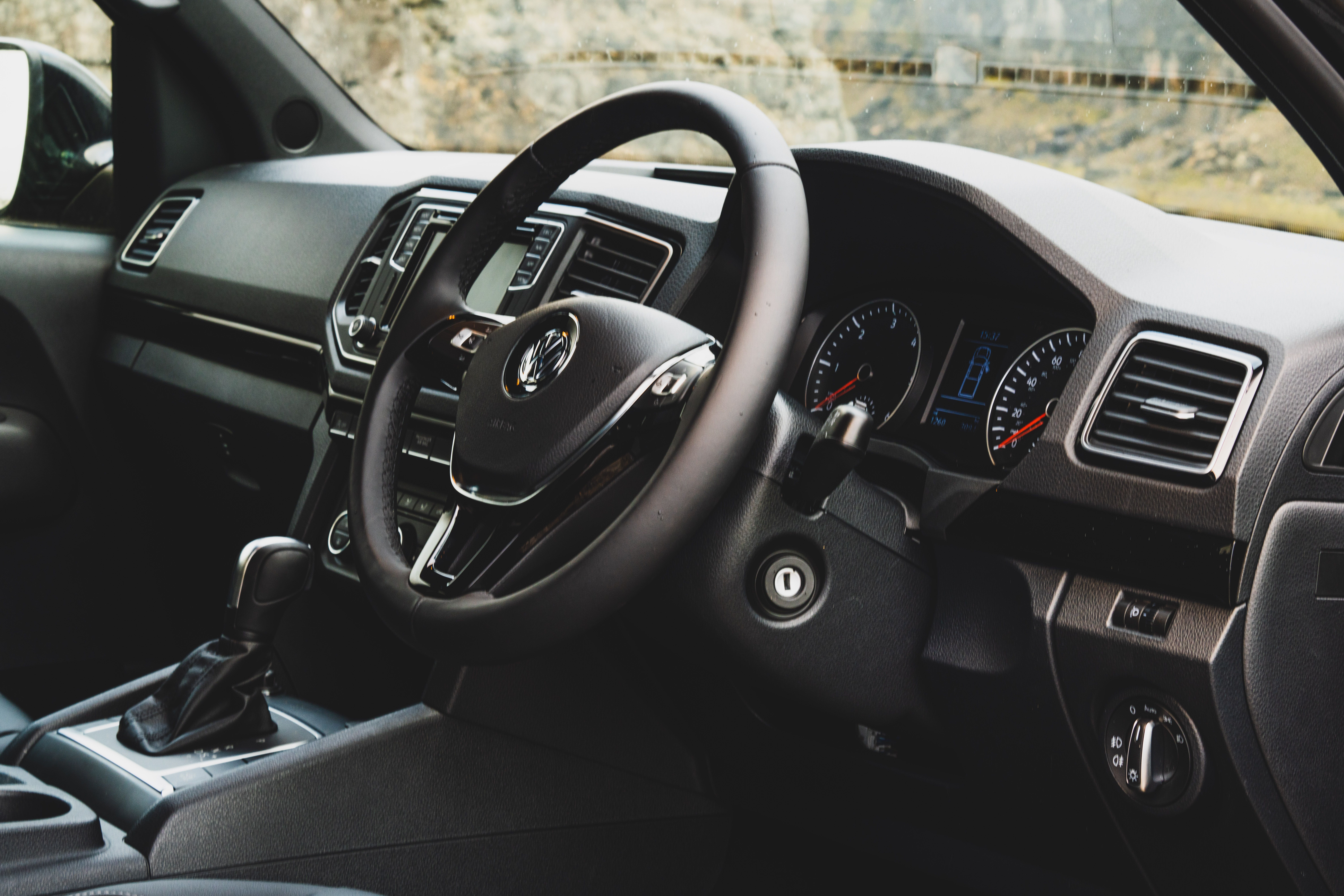 As we’ve already mentioned, the Amarok is available with just one engine option — a 3.0-litre turbocharged V6 diesel. It’s a real powerhouse of an engine, though, with outputs of either 201bhp or 254bhp giving the Amarok some real zip off the line.

Of course, it comes with permanent four-wheel-drive as standard courtesy of Volkswagen’s 4Motion system, so the Amarok can put down the power no matter what the conditions are like. 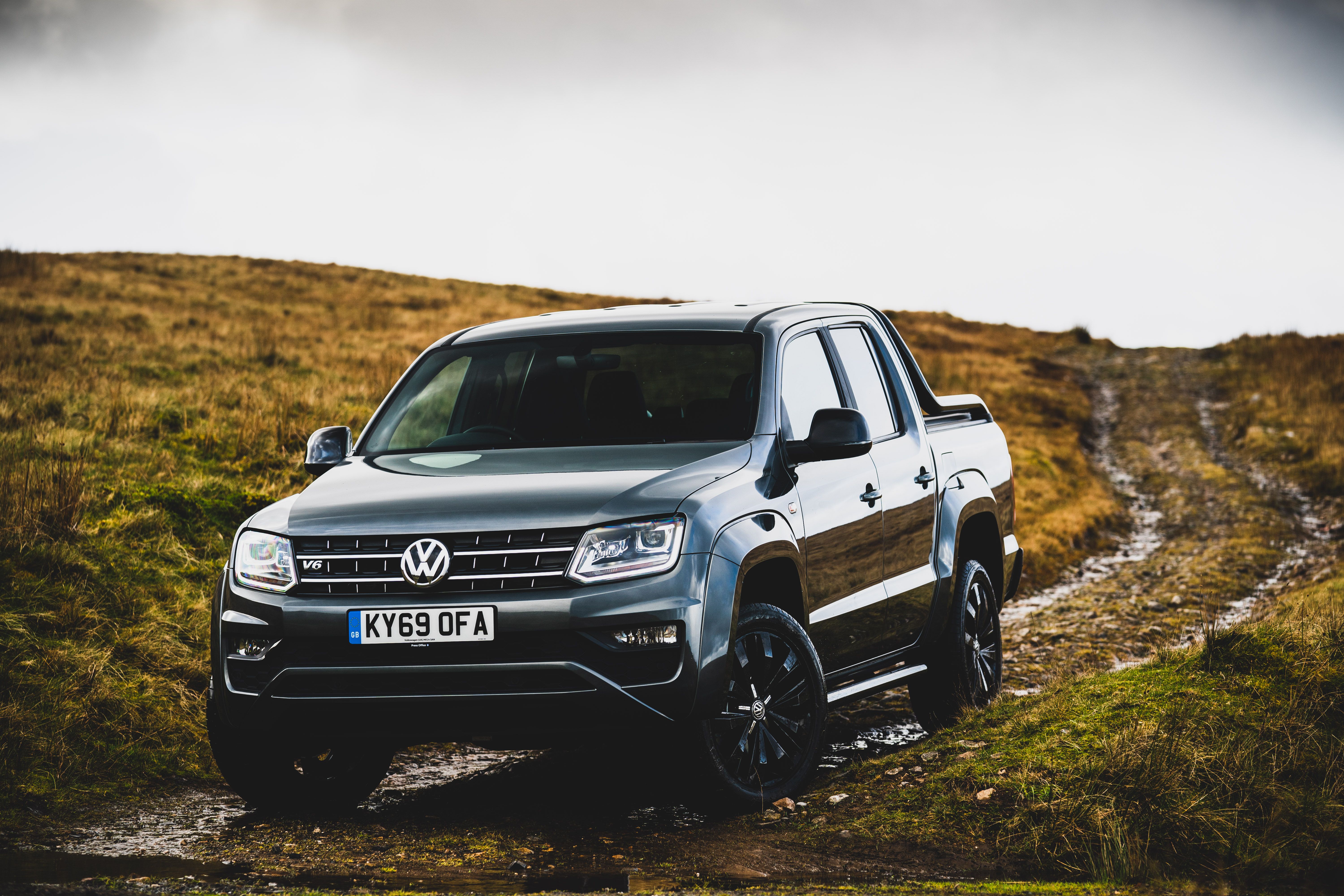 It brings the widest load platform in its class

Thanks to a loading width of 1,222mm, the Amarok brings a loading platform which is wider than any other truck currently on sale. As well as ensuring that there’s plenty of space for all manner of items, this also means that a Euro pallet can be loaded in crosswise. 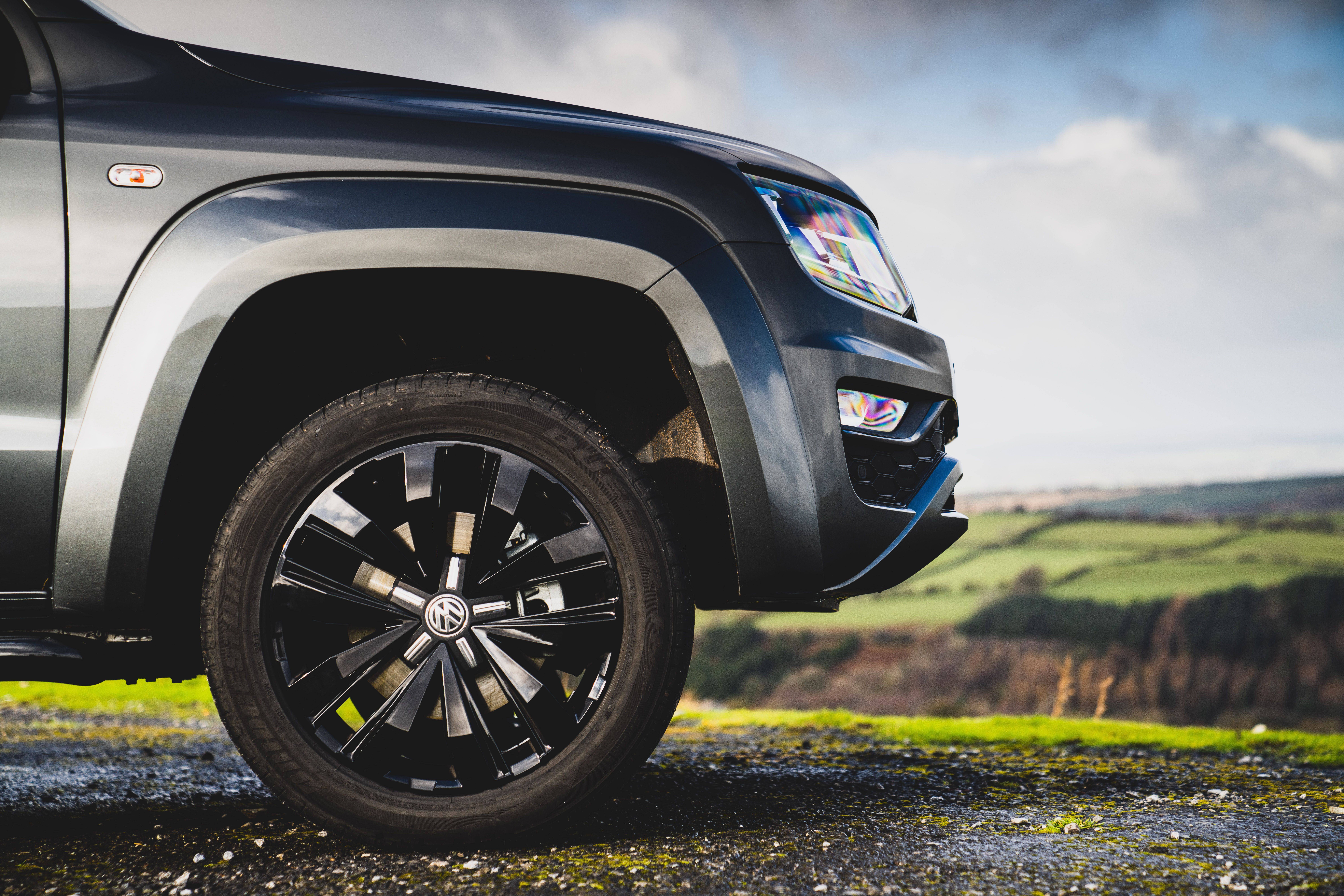 It’s geared up for life off-road

Volkswagen has fitted the Amarok with some key pieces of technology which help to ensure that it keeps going even over the most difficult of terrains. Chief among these is off-road ABS, which actually increases the braking interval so that small ‘wedges’ of material that the truck is traveling over — such as gravel or sand — build up in front of each wheel. By doing so, it actually brings the stopping distance of the vehicle down.

The Amarok also uses Hill Descent Assist, which controls the engine’s speed when going down steep gradients, maintaining a crawling pace and allowing the driver to concentrate on steering. 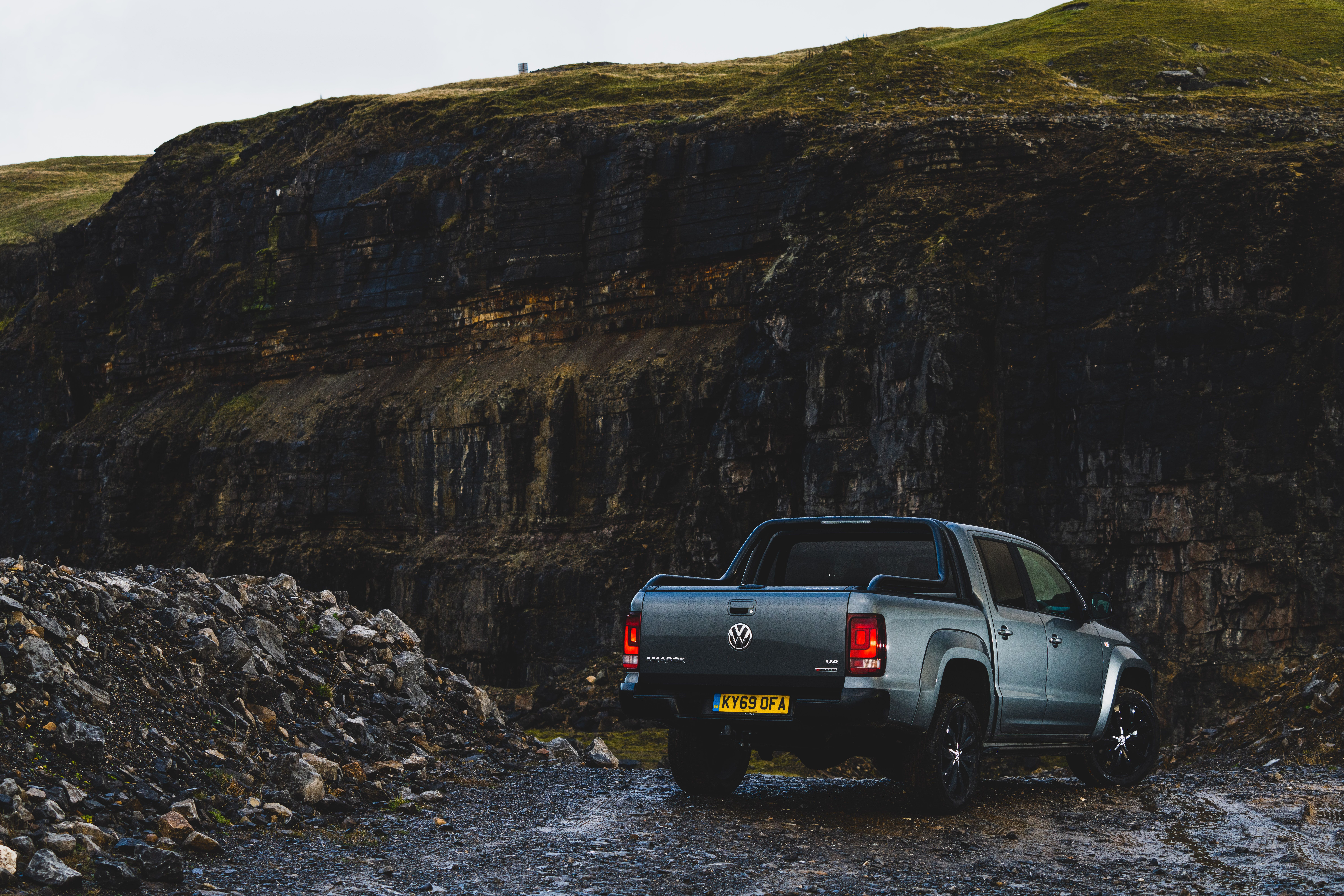 Comfort is a consideration too

As well as being a dependable load-lugger and reliable off-road, the Amarok also brings comfort to the table. It does so by offering plenty of interior storage options to help keep the cabin clutter-free, while optional ‘ergocomfort’ seats bring electrical 12-way adjustment ensuring that you’re able to get into the perfect position.

The steering wheel also incorporates multifunction controls, allowing the driver to access functions such as the navigation, media and radio right from the wheel. 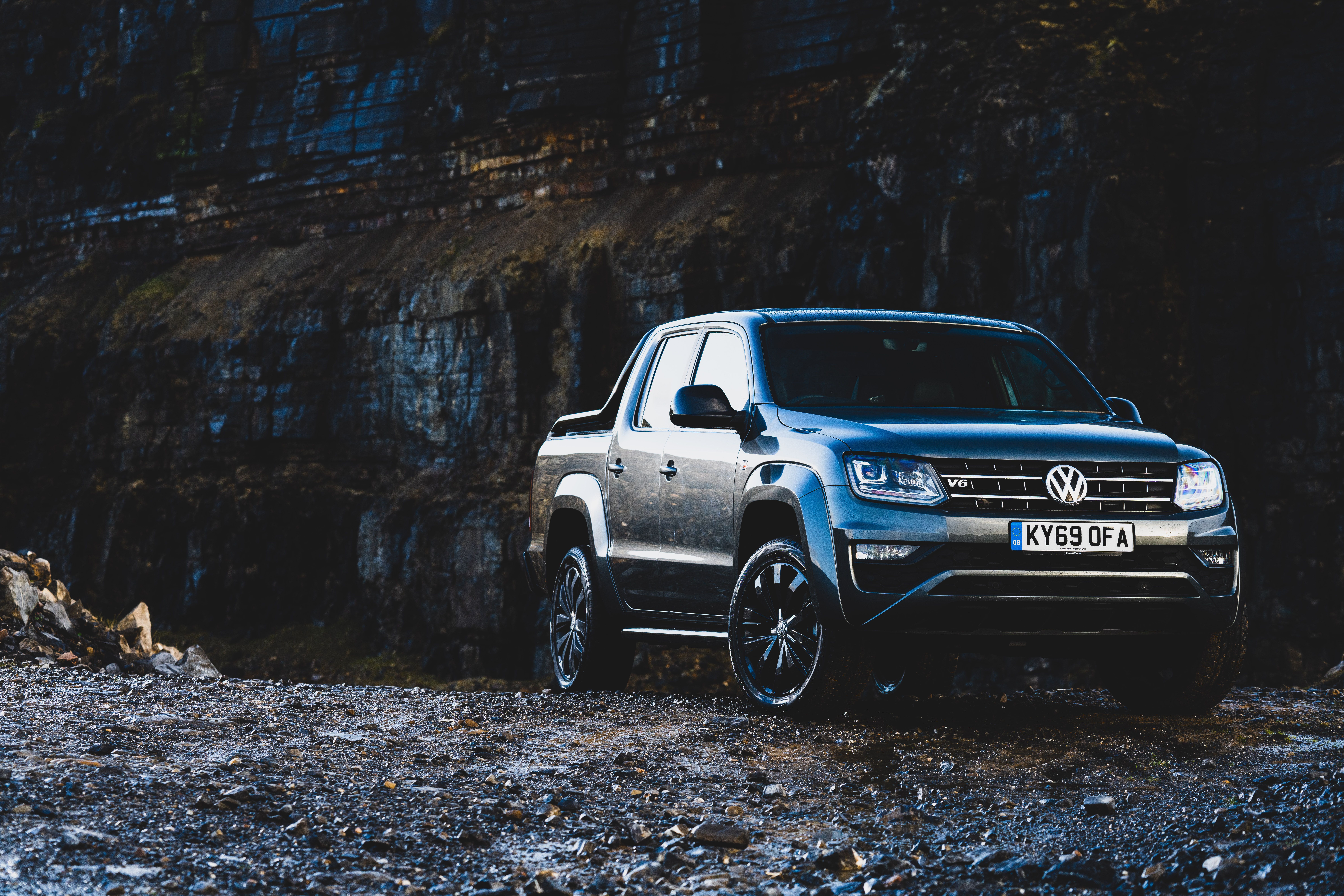 It’s got an up-to-date infotainment setup

Just because it’s a work-focused pick-up doesn’t mean that the Amarok has to deal with old-school tech. In fact, it comes with a 6.33-inch screen, as well as both Apple CarPlay and Android Auto systems which allow you to seamlessly connect your phone to the car’s display.

You also get DAB as standard and a six-speaker audio setup to ensure that the Amarok sounds just as good as it performs.