The Volkswagen New Beetle is a car that was introduced by Volkswagen in 1998, drawing heavily on the design cues of the original Beetle. Based on a Volkswagen Golf, the «retro» design proved to be more successful in some markets than in others. It is assembled at the VW Puebla factory in Mexico. The Beetle is known as the Coccinelles in France and the Maggiolino in Italy.

The big contrast between the New Beetle and the Classic Beetle is that, like most cars, the New Beetle has the engine in the front and storage in the back. 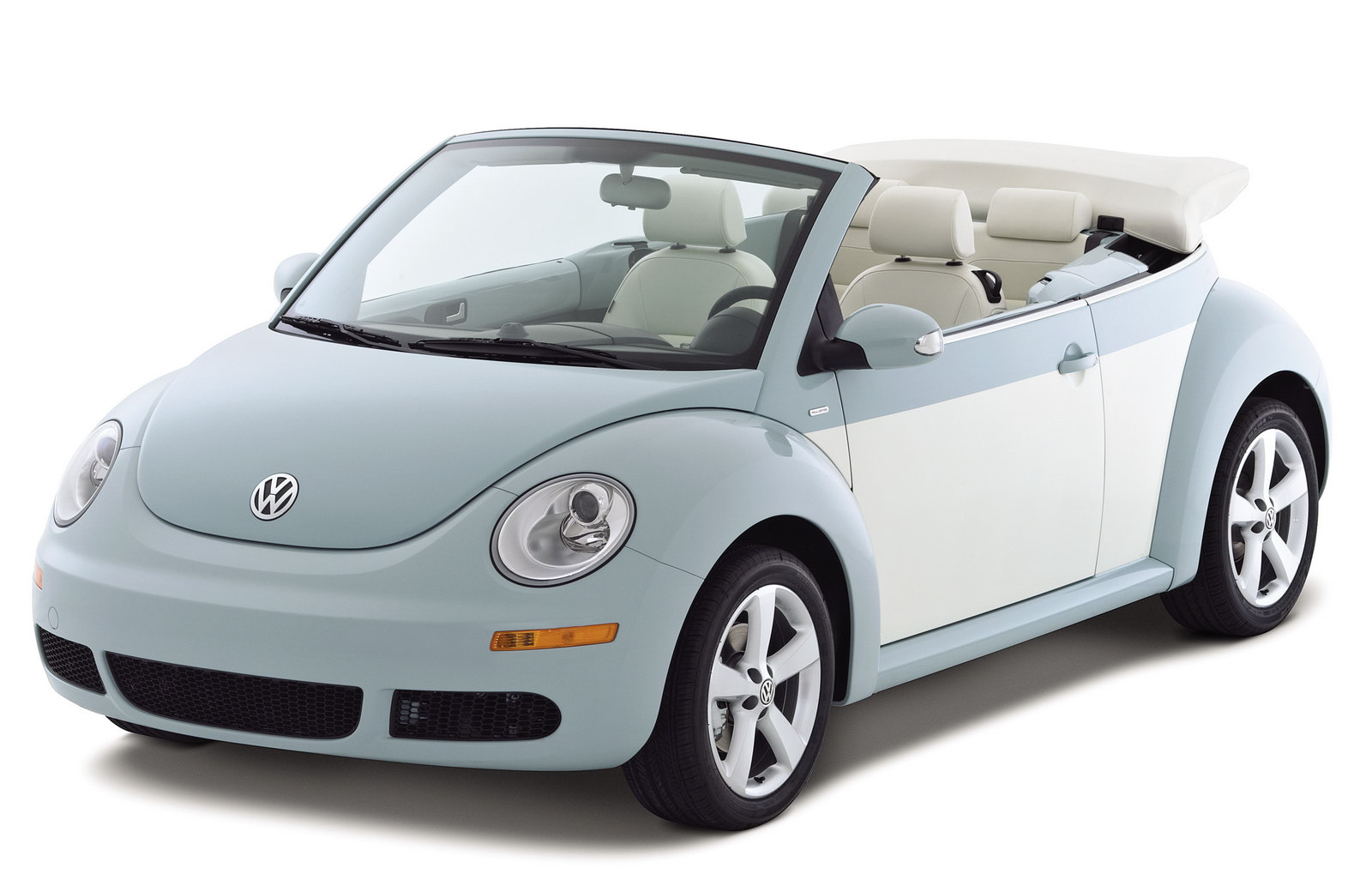 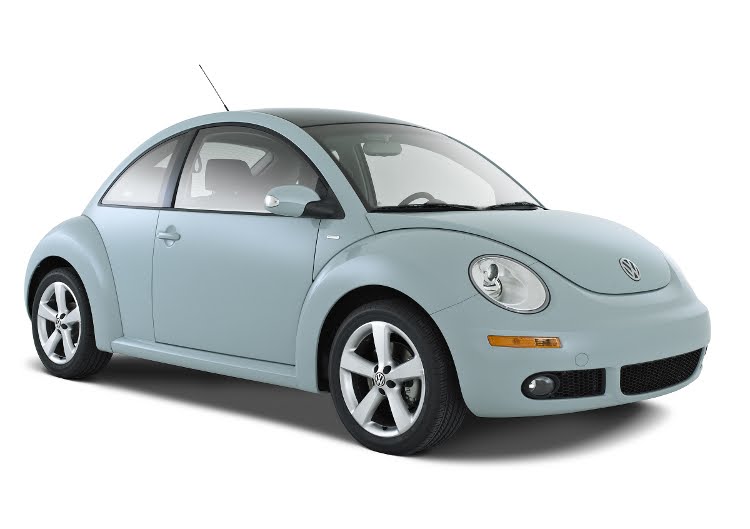 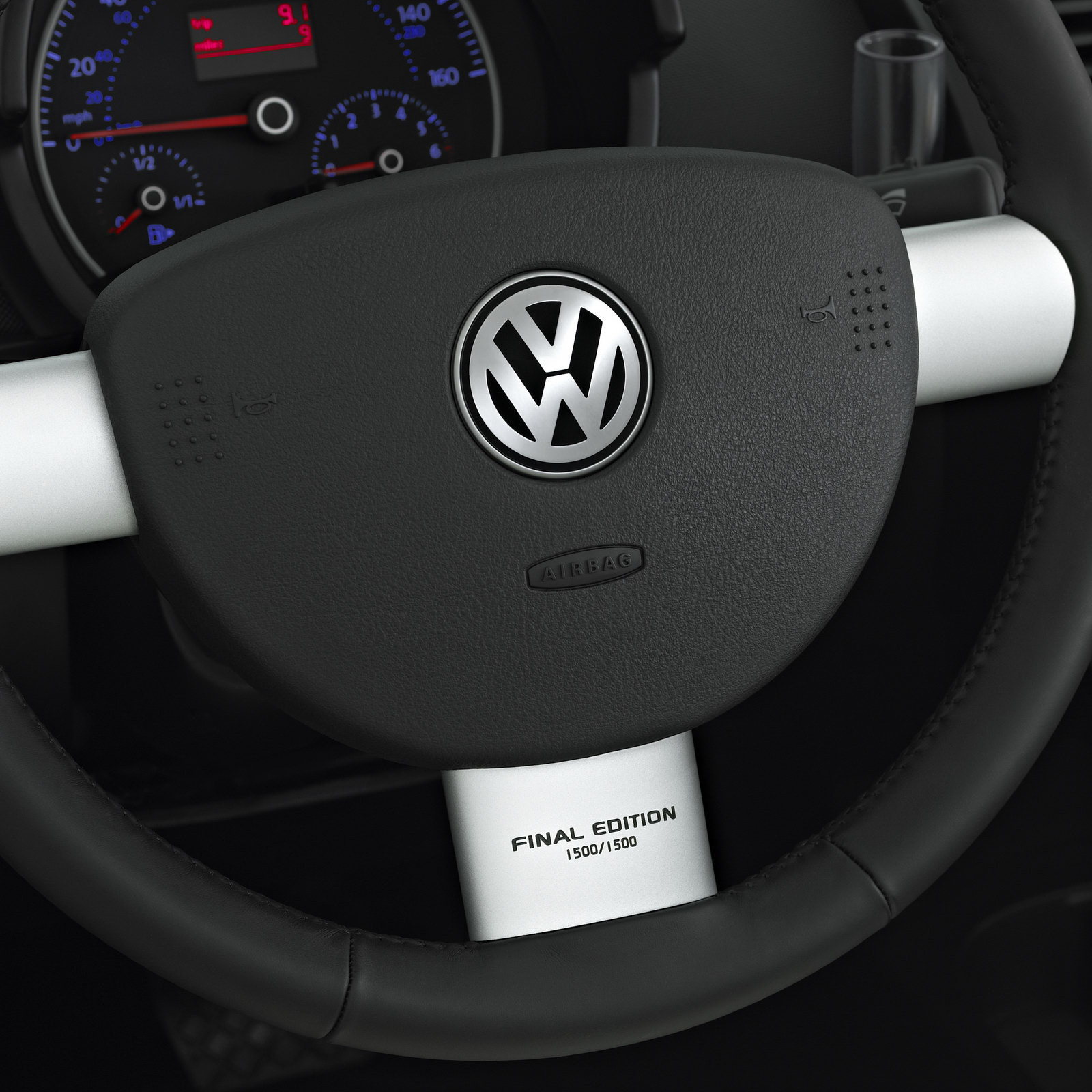 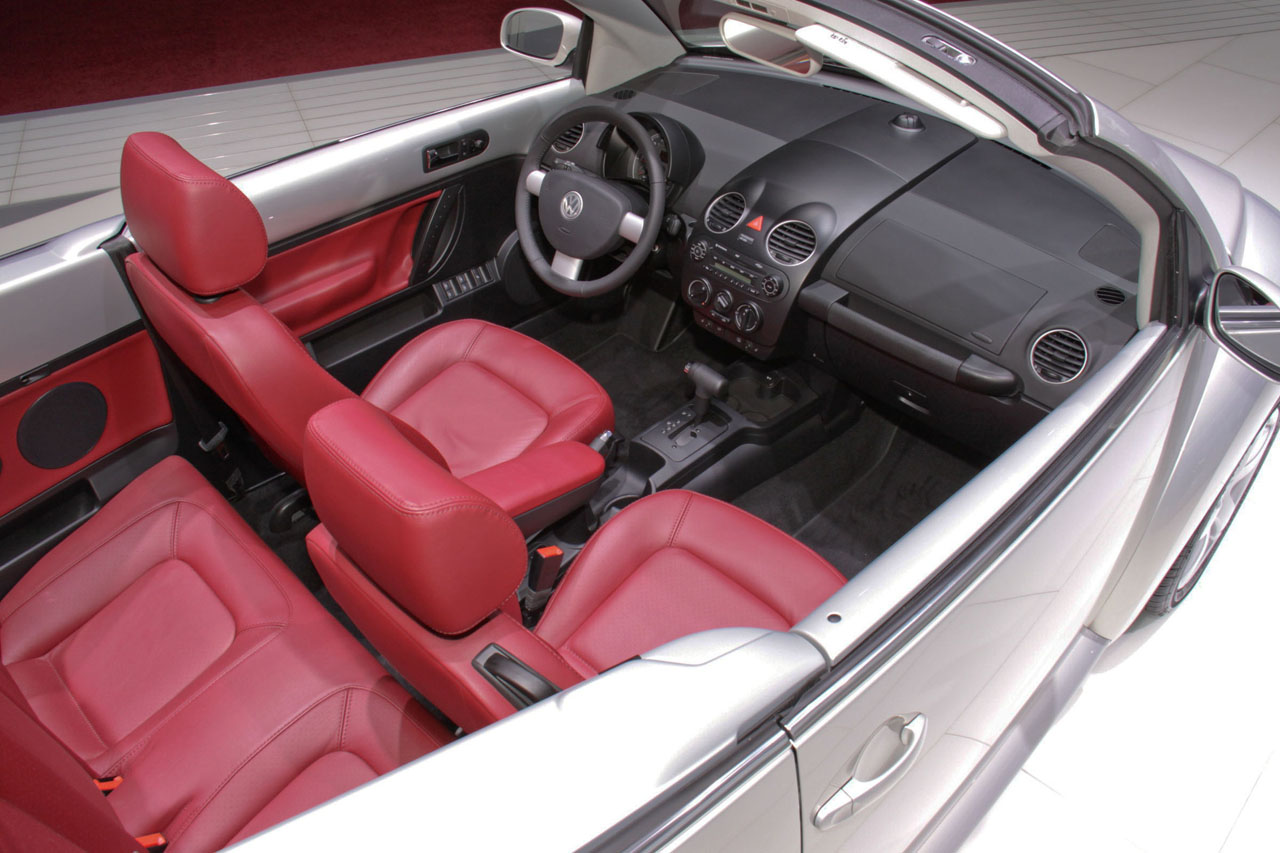 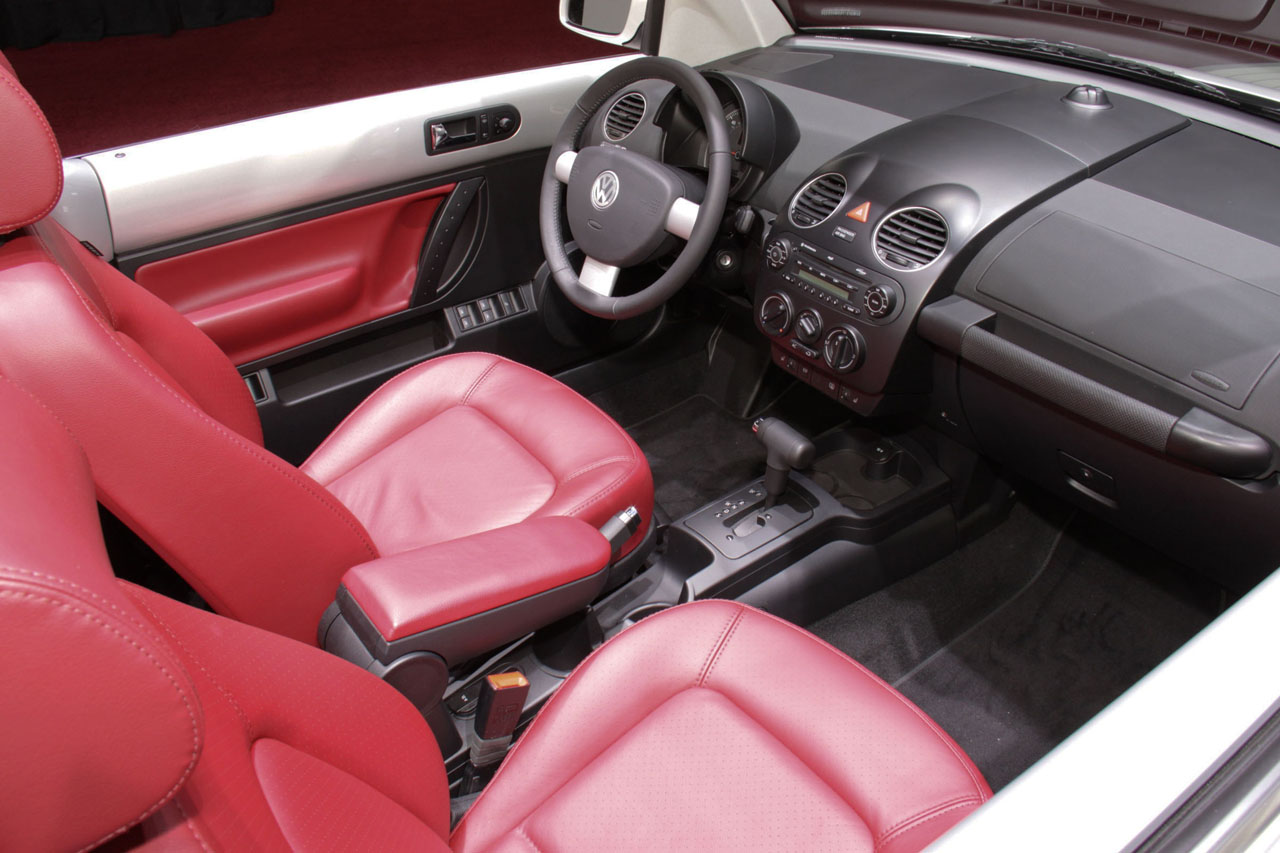 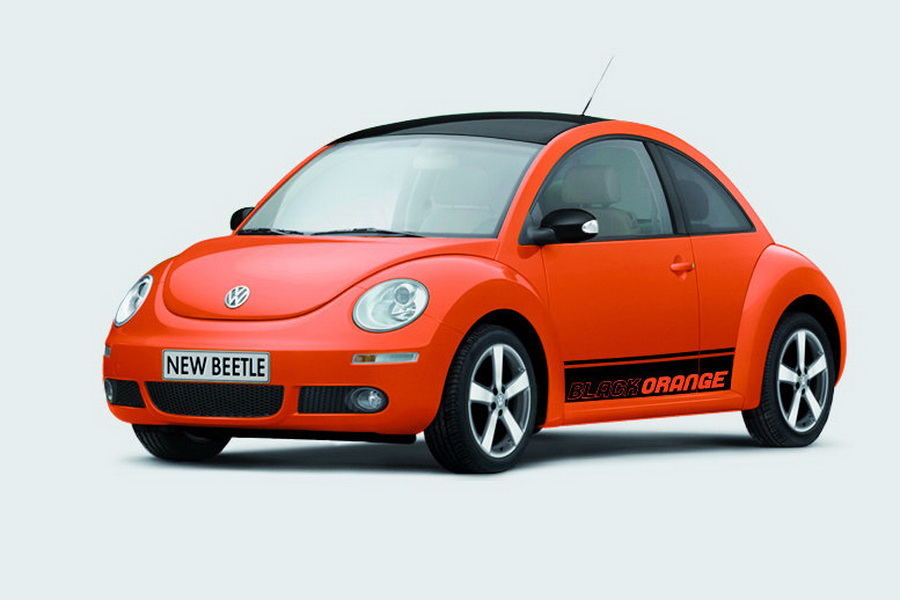 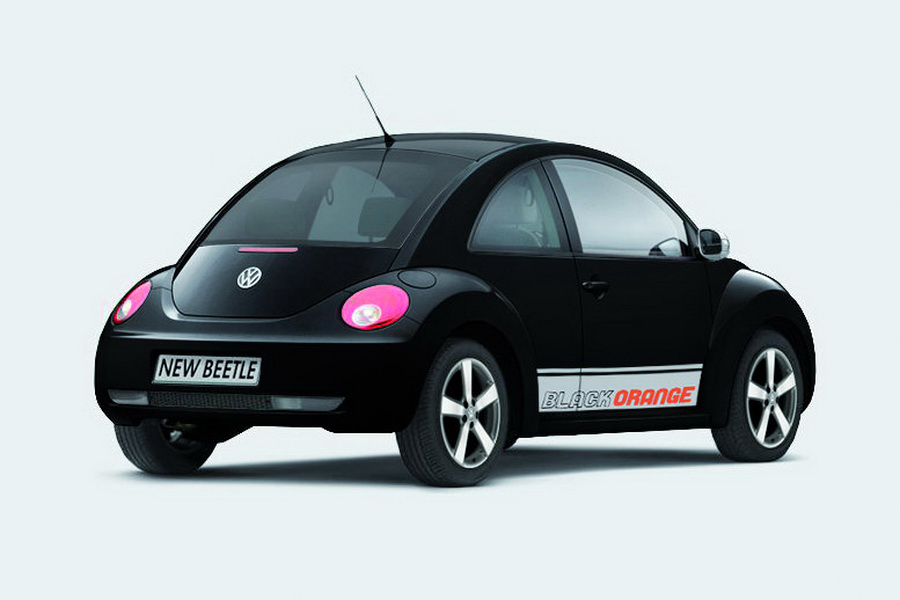 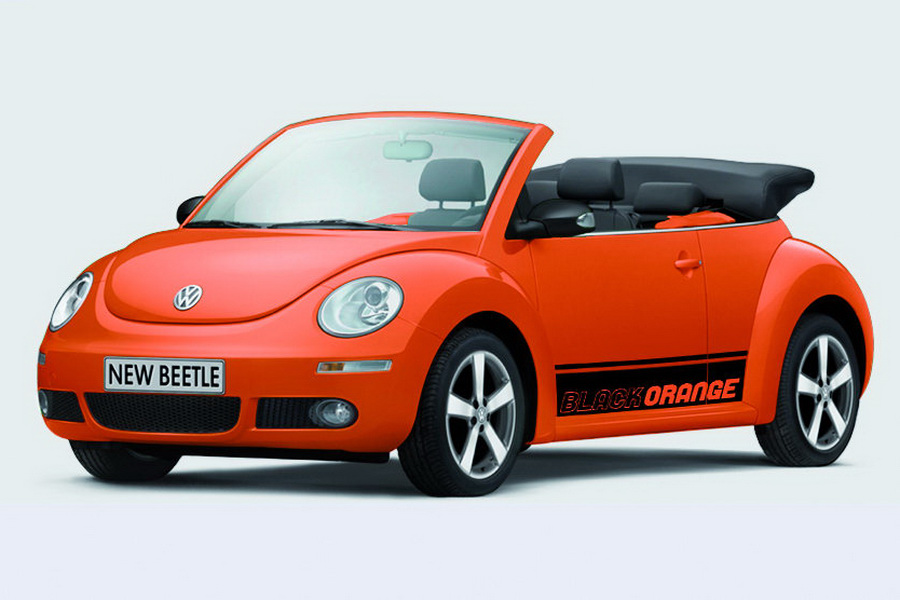 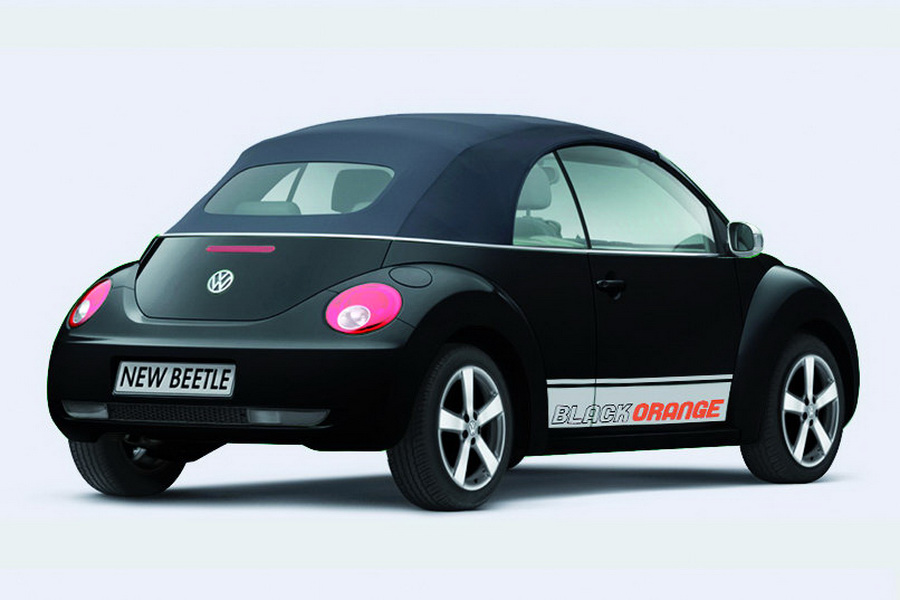 The 2007 New Beetle comes available in four trims: the GL, GLS, GLS TDI, and GLS 1.8T. There are three different engines and three different transmissions to be had between them, but all are front wheel drive vehicles. In addition, all trims are available in a convertible body style. See the Safety section below for standard safety features.

Today’s actual prices for the Volkswagen New Beetle can be found at CarsDirect.

As seen on the FuelEconomy.gov website, the City/Highway MPG averages are as follows:

The 2007 New Beetle received a 3-Star rating for rear side-impact crash tests performed by the NHTSA, but it fared much better in other categories. For all front-impact crash tests and tests for rollover, it received a 4-Star rating, and front side-impact tests yielded a 5-Star rating. Side-impact information was not available for convertible models, but every other test rating was the same as the hatchback model. Some of the standard safety equipment found on the New Beetle includes: 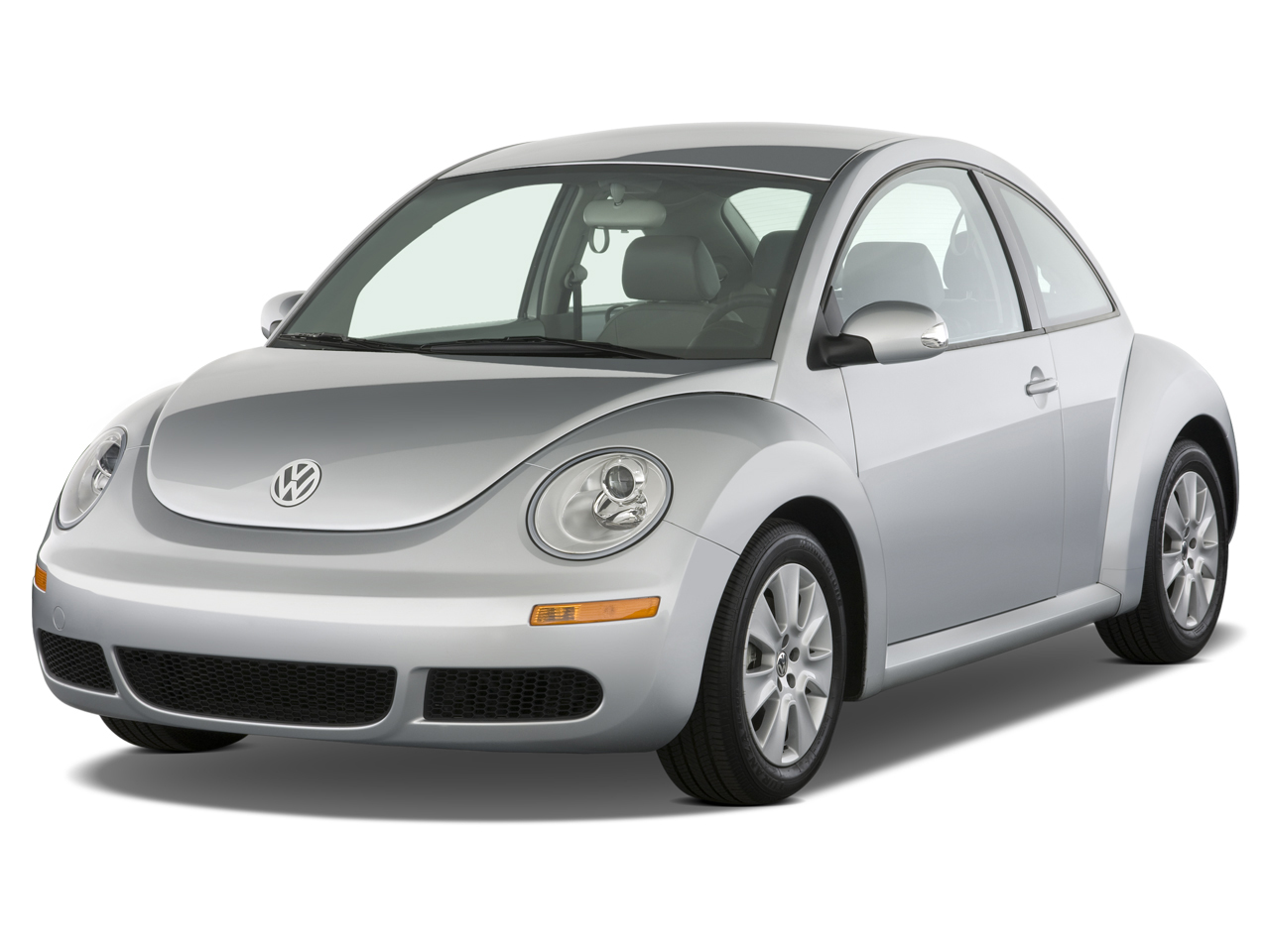 All of the New Beetle models are available in the same choice of colors, and a full list is viewable at CarsDirect.com. Some of the possible combinations include:

There are no hybrid models of the New Beetle.

The New Beetle is a retro of the legendary Volkswagen Beetle, so the reputation is very popular. It looks very cute and kids will love them! Because it definitely does look like a (kids) toy.

According to Kelley Blue Book, «the New Beetle is expected to retain an excellent five-year resale value, holding 64 percent of its price at 24 months and 48 percent at 48 months. The convertible and TDI models hold even higher values. Similarly priced vehicles that also hold high resale values include the MINI Cooper and MINI Cooper convertible, Mazda MX-5, Honda Civic Si and Scion tC.»

Strong public reaction convinced the company to move the car into production, and in 1998 Volkswagen launched the New Beetle, designed by J Mays and Freeman Thomas at the company’s California design studio. The New Beetle is related to the original only in name and appearance (including the absence of a car emblem script with the exception of the VW logo): under the hood, it is a modern car in every way, based on the Volkswagen A platform (Mark 4 Volkswagen Golf). Still, it carried many of designs reference to the old Beetle: separate wings, vestigial running boards, sloping headlamps, large round tail light, as well as a high rounded roofline that provide enough headroom for tall drivers.

In stark contrast to the original, the U.S. Insurance Institute of Highway Safety gave the New Beetle among the best safety ratings in its class at the time of its launch.

The car was widely considered a flop in Europe, but it was a success in the United States. There, marketing campaigns enhanced the continued goodwill towards the original, and helped the new model to inherit it. The Volkswagen New Beetle was Motor Trend’s Import Car of the Year [6] for 1999. A convertible version of New Beetle started production two years after launch, after many buyers had aftermarket conversions.

Between 2001 and 2003 Volkswagen produced 250 limited edition New Beetles with the designation RSi in Europe. The RSi was powered by a 225 hp 3.2 liter V6 engine mated to a six-speed gear box and Volkswagen’s all-wheel drive system 4motion . It had a Remus twin-pipe exhaust. The suspension was tuned by Porsche, featuring a severely altered rear suspension geometry more geared to the race track and a rear cross member behind the rear seats. Visually, the RSi differed in it’s 80mm wider fenders, unique front and rear bumpers, a rear diffuser, large rear wing, and 18×9 OZ Superturismo wheels with 235/45ZR-18 tires. Inside, it was trimmed in carbon fiber, billet aluminum, and bright orange leather. The front seats were Recaro racing shells. Notable draw backs were loud cabin noise and low rear tire life. Curiously, in Mexico, although being a country very attached to Volkswagen, there are RSi that have not been sold since 2001 . This is probably due to its $58,000 USD price tag.

At the 2005 North American International Auto Show, the Volkswagen New Beetle Ragster concept car was introduced. It was supposed to be a preview of the future design of the New Beetle. The base of the Ragster (a ragster is the cross between a ragtop and a speedster) was a regular New Beetle Convertible. They made some changes, such as shortening the A-pillar, penning a new U-shaped roof, and created a unique paint job with silver double stripes. The interior is different compared to the original New Beetle, such as its 2+2 seater and distinctive control dials. Another item of interest is that the Ragster’s rear-view mirror is mounted on its dashboard. The Ragster’s profile is lower than that of the prior New Beetle.