Has Volkswagen made the world’s best small car better, or just heavier?

The entire world of city cars has traditionally had one benchmark, and that benchmark has just taken a big leap forward.

The Volkswagen Polo has just moved on to its sixth generation, growing in every dimension to become not only bigger inside and out than the Mark 5 Polo, but surpassing the 1997 Golf Mark 4 in most critical dimensions, too – a vehicle from the next segment up. 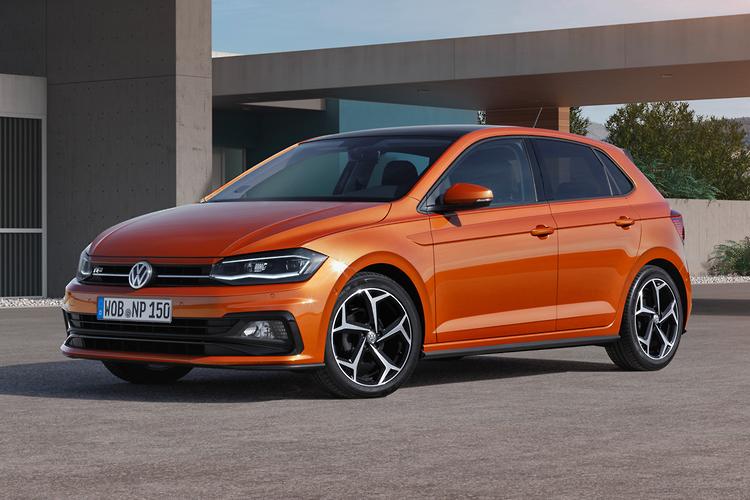 By moving the Polo on to the smallest version of the Golf’s MQB architecture, Volkswagen has introduced the front-drive small car into the world of the Golf and Passat parts modules, so it also scores a digital instrument cluster as an option. On the downside, it has killed off the three-door variant.

Headlined by the 147kW, 2.0-litre GTi, the Polo remains Volkswagen’s second-biggest selling car in Europe, though it slipped behind the Tiguan to rank third globally.

Such has been the strength of the Polo Mk 5, though, that it was still the biggest-selling small car in the world and the 15th biggest-selling vehicle overall in the first quarter of the year, attracting 148,331 people a full eight years after its introduction in 2009. 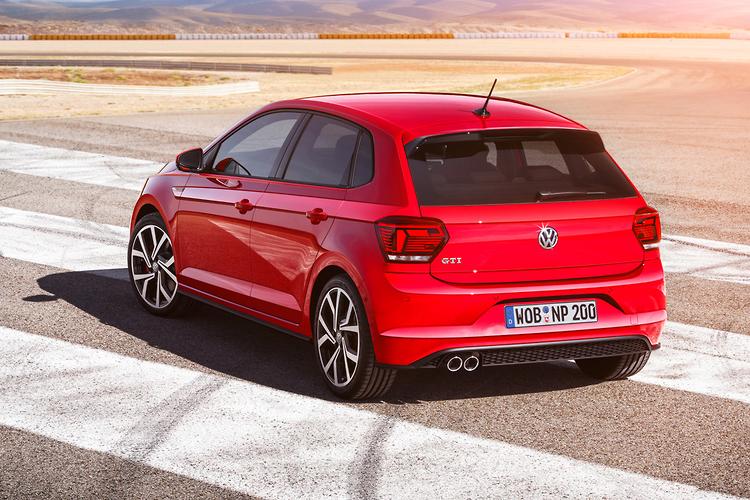 “No other car offers so much space for its size. This makes our Polo the number one compact, and it will remain number one.»

The new generation’s European competition will mainly come from the Ford Fiesta and Renault’s Clio, though the Clio isn’t a global player. While the Fiesta ranked 23rd in the first quarter of the year to be the second-biggest selling small car, the third spot globally went to Honda’s Jazz/Fit. None of them, though, has sold anything like the Polo’s 14-million unit figure. 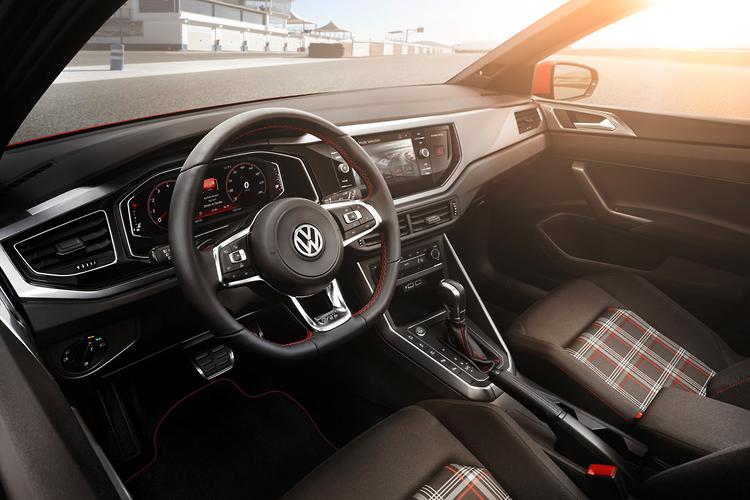 Fresh underpinnings
The move to the all-conquering MQB architecture has seen the Polo stretched almost everywhere, crashing through the four-metre barrier for the first time in its storied history. The car’s length has grown 81mm to 4053mm, while its wheelbase has been augmented by a considerable 94mm, to 2564mm.

Those two dimensions alone demonstrate the Polo will run shorter overhangs – particularly at the front – than its predecessor, and that it will offer significantly more rear legroom with a stretch of almost 10cm between the front and rear wheels.

Its front and rear track widths have been stretched out 62mm and 49mm respectively, while the wheel sizes range from 14 to 16 inches, while the GTi uses 17-inch wheels and tyres.

Inside, the Polo gains another 15mm of front headroom and 21mm more in the rear. Critically, its luggage space has ballooned by 25 per cent from 280 litres to 351 litres, which surpasses even the 330-litre capacity of the Golf Mk 4. 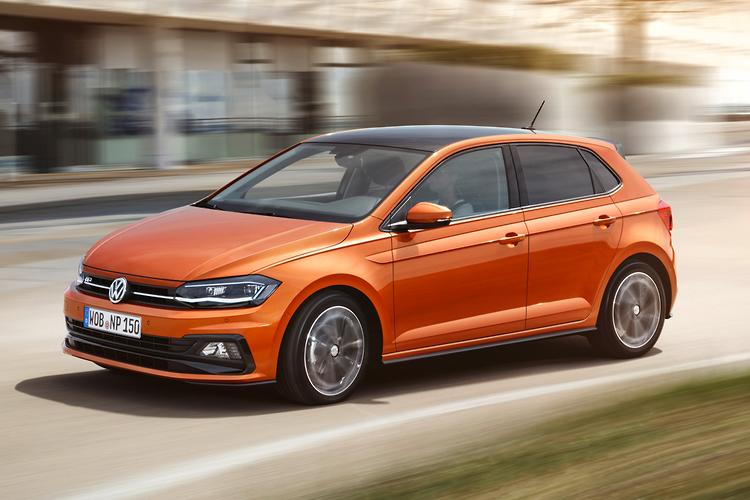 “The new Polo brings the future to the compact class,” Volkswagen’s board member for development, Frank Welsch, said.

“A whole lot of space, based on the modular transverse matrix, sustainable engines like a new natural gas TGI, the world premiere of a new generation of the Active Info Display, the latest infotainment systems and forward-thinking assistance systems – these qualities enable this Volkswagen to overcome traditional class boundaries.»

Volkswagen’s designers claim the other key dimension is that, at 1446mm, it is only 7mm higher, which let them give it a sportier, leaner look.

«The much better proportions create the framework for a grown-up, confident appearance of the sixth generation Polo – charismatic, progressive, contemporary and friendly,” Volkswagen’s director of design, Klaus Bischoff, insisted.

“We have systematically capitalized on this realignment of dimensions to build a compelling compact car.

«This Volkswagen can immediately be made out as the original of its class, but also as a completely new generation,” he said. 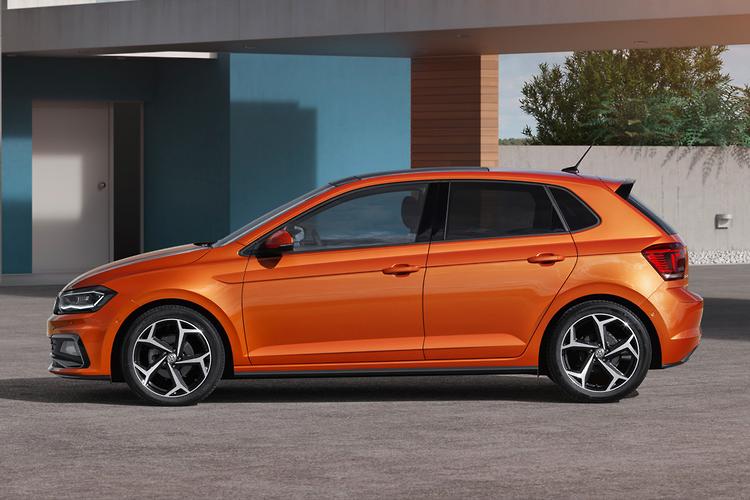 Engine line-up
The Mk 6 will begin life in Europe with five petrol engines, two diesels and a gas-powered model, though there are plans for both hybrid and full battery-electric versions in the future.

All of the internal-combustion engines will sit across the engine bay in a front-wheel drive layout, with Welsch confirming there has been no provision made for all-wheel drive despite the Mark 5 Polo winning four consecutive World Rally Championships.

The base engines, at least in its fortress of Europe, will be three-cylinder, 1.0-litre units with multipoint fuel injection producing either 48kW or 55kW of power. Both are to be combined with five-speed manual gearboxes. 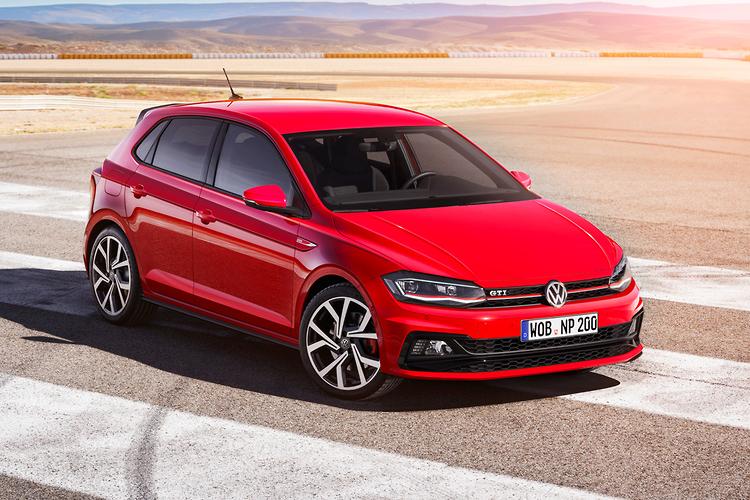 Two direct-injection versions of the 1.0-litre three-cylinder motor will chime in next, with either 70kW or 85kW of power. Both share a seven-speed dual-clutch as an option, with the standard 70kW version sporting a five-speed manual gearbox and the 85kW Polo scoring a six-speeder.

The only two petrol-powered four-cylinder engines are both expensive to build, starting with the 110kW 1.5-litre cylinder-on-demand four from the Golf Mk 7.5, moving to the flagship Polo GTi’s 147kW 2.0-litre engine. The four-cylinder motors also have either six-speed manual or seven-speed dual-clutch transmissions. 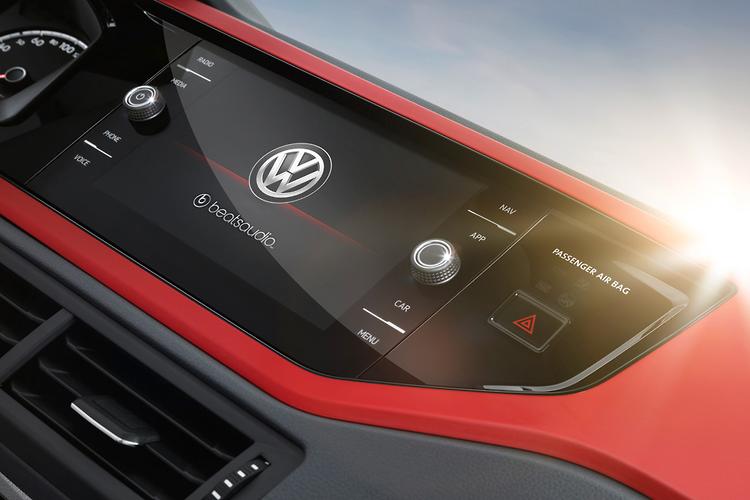 Tech-laden cabins
One new bit of tech to the Polo is an optional keyless locking and engine start system, derived from the Golf.

But it’s the assistance systems that will deliver much of the Polo’s real-world safety improvements, derived directly from larger, more expensive Volkswagens. The active cruise control is similar to the system in the Golf and Passat, complete with stop-and-go for the DSG-equipped cars, despite its old-school manual parking brake.

It can be used at up to 210km/h, which is a bit of over-engineering given fully two-thirds of the Polo range couldn’t be convinced to go that fast without a mineshaft handy (though Volkswagen hasn’t confirmed top speeds). 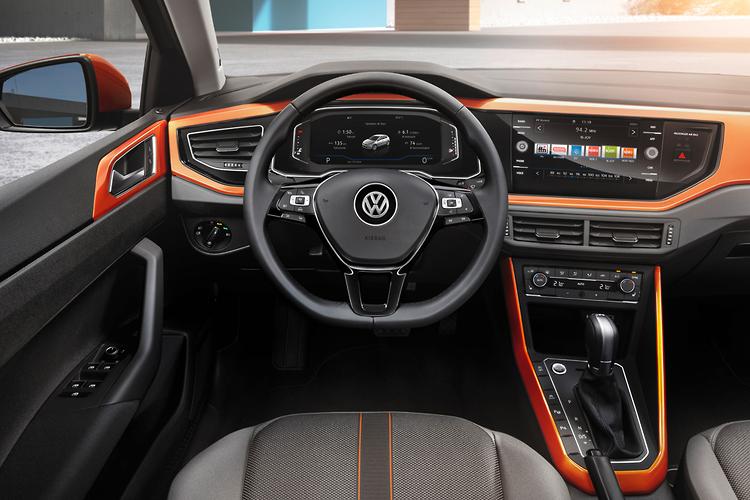 While many of the advanced systems will be optional on upper-level cars, even the base versions of the Polo will have City Emergency Braking and Pedestrian Monitoring to alert the driver of people or stationary traffic and then brake. There are also optional systems, like blind-spot detection for changing lanes, a rear-traffic alert for reversing out of car parks and a semi-automated parking system.

While Bischoff’s design team clearly worked hard to make the Polo’s exterior clean and crisp and feel longer and leaner and fitted with LED head (optional) and taillights, it’s the interior work that stands out.

The adoption of the optional digital screen pushes the technology down to new lows on the pricing ladder, while the infotainment screens range from 6.5 to eight inches.

Volkswagen has joined the two digital screens together to form one extended panel that stretches across two-thirds of the dash.

The move has forced the central face vents down to become central navel vents, though the outboard vents remain at face height, while the air conditioner’s controls move down as well.

The car not only connects with Car-Net via MirrorLink, Android Auto and Apple’s CarPlay but Volkswagen’s internal We by Volkswagen digital user platform.

The Polo Mk 6 will launch with three standard trim lines: Trendline, Comfortline and Highline, plus a Beats edition with a higher-end sound system.