Most Volkswagen owners think that oil leakage from their rides is just “the nature of the beast.” It’s true that most VWs tend to leave a drop or two (and sometimes more) on the driveway (we like to say that our Bugs “mark their territory”), but this does not have to be the case. Our 1973 Super Beetle used to make quite a mess, but with a bit of effort, our driveway is now a lot cleaner. VWs don’t HAVE to leak. 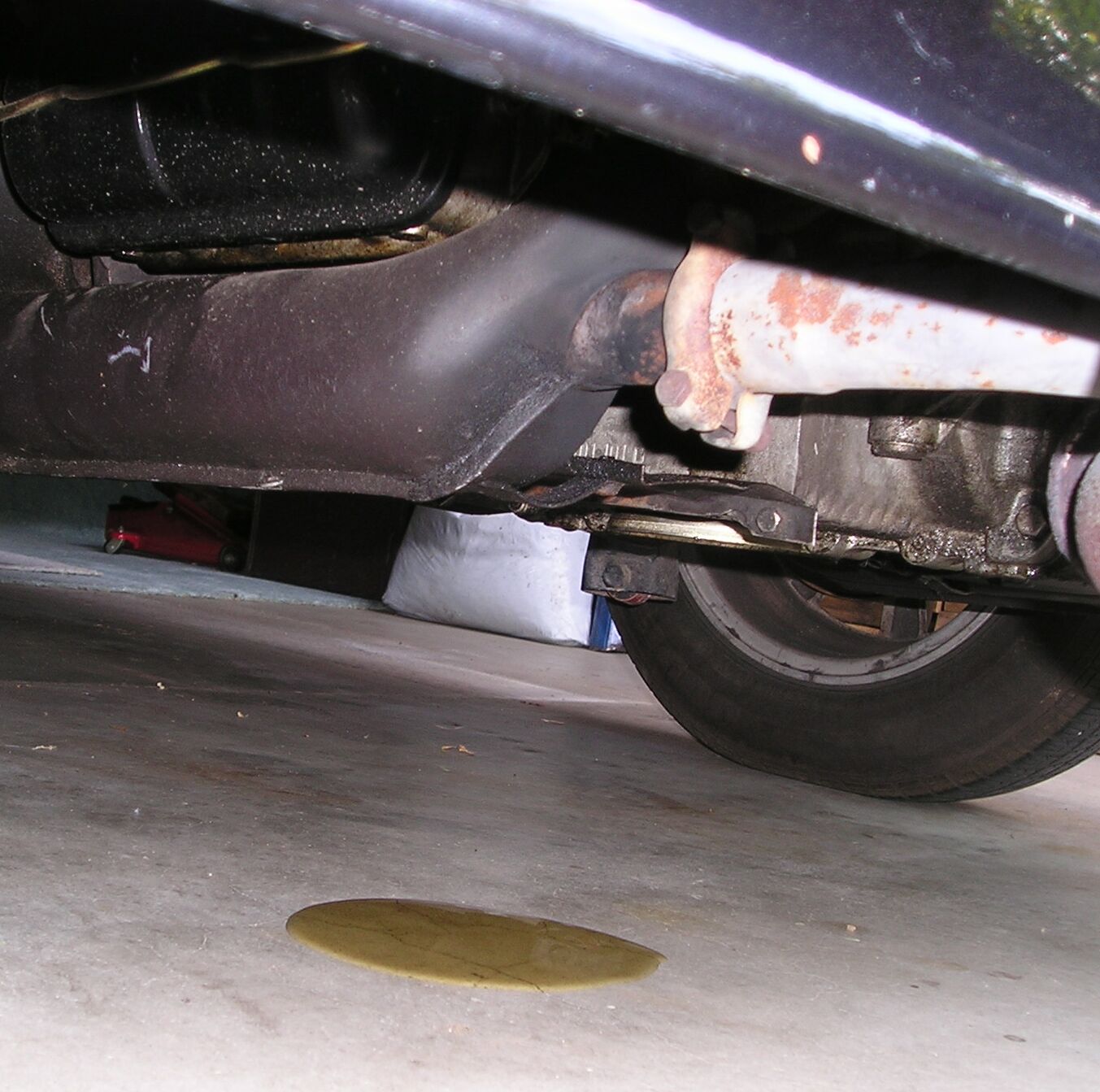 This little leak doesn’t look too bad,but over time
it can make a real mess of your driveway.

But oil leakage does seem to be a chronic problem, especially with older VWs. As you begin your work to find and fix the leak(s), the first thing you must determine is — does the leak occur all the time (i.e., by gravity), or does it occur only when the system is under pressure (i.e., when the engine is running)?

Following is a list of the possible sources (probably not comprehensive) of both gravity and pressurized oil leaks, each of which will be addressed in this article. (Each of the items in this list is a link, so you can go directly to the topic you’re interested in.