Stop/start Doing Your Head In? Disabling It — How We Done It —

Stop/Start doing your head in? Disabling it — How We done It —

The start/stop is an interesting topic, some love it — some hate it.

The thing is, its a requirement of the T6 EU6 licence as it is used for the consumption figures and especially the CO2 emissions for the registration. Permanent deactivation of the system would invalidate the operating permit of the vehicle.

So what does that mean? . . . . . . well is just there to help with emissions as while you’re there sitting in traffic the van isn’t pumping nasty particulates into the atmosphere. There’s not really a lot more to say about it.

What’s the difference between EU5 & EU6? well, there is the whole Ad-Blu system and a few other tweaks, but if we just look at the stop/start there is not a lot of differences.

VW will give you an AGM starter battery . . . .why? well its ability to bulk charge a lot faster than a standard lead-acid battery and can deal with many more charge-discharge cycles, this helps with the constant drain on the battery from the increased start operations.

what else? well, the starter motor is much beefier with a larger brush pack that is designed for the increased use cycles and the shorter times between the starts.

what else? . . . . . . well, not a lot. There is a new fancy «energy monitor» function of the engine ECM that monitors power in/out of the starter battery with the use of a «shunt» on the neg battery post. This intern enables the ECM to control the alternator so that it’s almost free-wheeling most of the time to reduce drag on the engine and therefore help reduce emissions even more. This is where the regenerative braking comes into play. Remember KERS from F1? well is the same thing, under breaking or off-throttle over-run the ECM will «full field» the alternator to use kinetic energy to charge the battery without using any additional fuel, this will cause a 15v surge of power to be pushed back into the battery. VW also give you a DC-DC charge/boost «Voltage stabilizer» that deals with the constant voltage drop under re-starting so that your satnav and dash won’t keep cutting out. 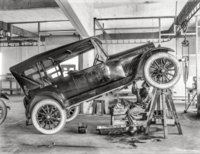 Now some oldskool mechanics may have the opinion that the constant stop/start is bad for the battery/starter — id agree to a point, the starter and battery have been designed for this increased usage . . . . . . to a point. All parts have an MTBF and usage cycles. does this mean that VW has calculated the life cycle of the starter and battery to run for the 3 years warranty before they fail? — maybe, only time will tell as this tech on our T6`s seems to have started around 2016. Let’s see what happens in 2019-2020 in regards to battery/starter failures. 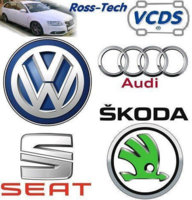 Can it be switched off with VCDS?
well yes and no, because it is an integrated part of the ECM and power MAP/strategy there is simply No off button. Some people have sussed out that by disconnecting the «shunt module on the battery» (an old BMW trick) or adjusting the charge parameters in the ECM map that it seems to affect the way the start/stop system operates but with unknown issues down the road.

But there are solutions:
There is a VW official method for disabling the system . . . . . its called your finger! you can just press the start/stop button on the dash and its switched off — for now. The problem is this will reset with a key cycle so once you have stopped the van and restarted it they system reverts back to enabled.

So what do I do now?
well, the simplest way to get around this problem is not to mess about with the ECU map or parameters, but to get an electronic finger to press the start/stop button for you every time you restart.!
The clever guys over in Hungry sussed this out and come up with a super simple solution. A 3 wire circuit board that will effectively press the button for you. =]

It’s connected to the stop/start button and monitors the ignition power and button presses, if you disabled the system then the next time you start the van it remembers that and electronically presses the button for you. it’s so simple it’s ridiculous! There is also now a fancy «service mode» where it can be totally disabled (press start/stop for 5sec to enable/disable the unit)

Let’s take a look:
A quick google search will give you this:

IF YOU BUY IT, PLEASE LEFT A NOTE
(What car do you have, or which version do you want. PLUS or MINUS)
Thank you!

How it works:
The new service mode:
If the car is new, and don’t want to worry about what happens if the car is going in
service, you can switch completely off the unit, after this is hidden for everyone.
Looks like the unit is uninstalled from car. Invisible for any car- diagnostic aswell.
The Start-Stop system is always active when you start the car.
Even if it is disabled, with new car start it reactivates automatically.

If you have a car with start-stop function and don’t want to auto-shut-off the engine every
time, because it’s bad for the starter motor, battery, turbo, and ect.. (very expensive the
starter motor) here is the solution! This unit is memorising the state of
start-stop (it was ON, or OFF), and when you starting the engine next time, automatically
activate the start-stop function itself, but this unit backing up the last state.

• If last time was OFF: —> After start the engine, the unit wait 2 seconds, and
«virtually pushing the factory button» to switch the system OFF again.

• If last time was ON: —> Do nothing. because the car automatically
switching on/ activate the start-stop function.

Why good this solution?
• After install: The Start-Stop system is still switchable!
• NO void the car warranty(!!), and with new Service Mode, hidden are from service!
• NO need to touch the Engine ECU and flash, and anything.
(if switched off in ECU, after you cannot switched back to On yourself.)
• NO need to cut anything, just need to connect 3 wires.

* First thing to do is get to the button (credit @gembleto) using a plastic trim tool (and masking tape if you’re ham-fisted) gently pry off the upper, then lower central radio trims.

* Next was to pop out the start/stop switch and disconnect the white plug
The plug can be de-pinned one pin at a time by first releasing the locking tab, then using a de-pin tool (or a small safety pin) to remove the pins.

* I took pics of all the wires before removing any . . . . and disconnected the starter battery negative for electrical safety.

colour codes I used were: and verified with a multimeter:

next was to solder each wire in turn and heat shrink,

next was a bit of cloth Tessa tape and time for a test.

* at first it didn’t seem to be working . . . . . . . . . but what i forgot was that the start/stop is only enabled after certain criteria are met, ie engine temp, after van moved above 5mph, AC off, heated seats off etc etc etc.

so after a quick test drive, everything settled down.

* As @gembleto said its simplicity itself, no messing with the ECM parameters, no warranty concerns, no agro, just a simple solution to the problem. switch on, switch off =] simples

* VCP has been mentioned before, but as I haven’t got it as yet I’ve not looked into that option as I am unaware of what it’s doing to the ECM parameters,

* original credits to @gembleto for bringing this to our attention plus install pics and help.